Yes, people can use AirTags to track you without your knowledge

Apple launched its AirTag product, a small chip that can help people track lost items, in 2021. But it’s already being used to track people without their knowledge. 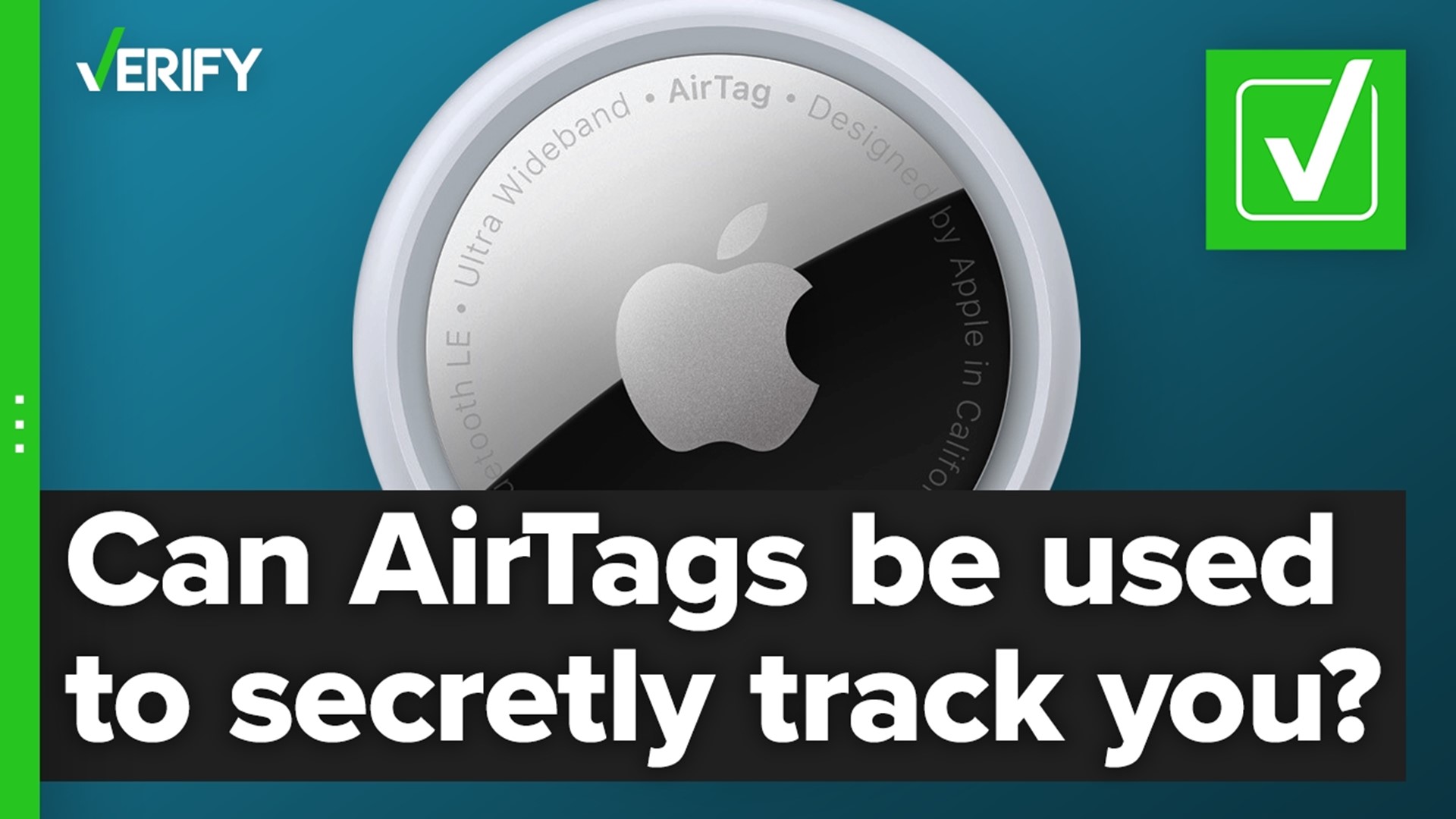 Apple introduced the AirTag, a device designed to locate lost items, in April 2021. The device, shaped like a poker chip, connects to Apple’s network so that it can be easily tracked by an Apple device.

But many people have speculated whether AirTags could be used for more nefarious purposes. News articles about AirTags being used as a stalking tool appeared as early as May, not even a full month after the launch. More recently, a Facebook post from someone warning others about their experience being tracked by a stranger’s AirTag without their knowledge went viral, with other forms of the claim spreading to TikTok.

Can a person use an AirTag to track your location without your knowledge?

Yes, people can use AirTags to track your location without your knowledge, but Apple products will notify their users that an AirTag is following them after a few hours and the AirTag itself will begin making its presence known with noise within 24 hours.

An AirTag is a small poker chip-shaped object that acts like a tracking signal for the user. It uses Bluetooth to connect to Apple’s network so it can connect to the user’s iOS device — such as iPhones, iPads and Mac computers — from anywhere. Apple created it to help people find lost items, and it connects to an iOS app that can tell the user its exact location.

The claim made by social media users and some law enforcement departments is that bad actors are buying AirTags to track people without their knowledge, often by hiding the AirTag in the victim’s car. By doing this, the person who left the AirTag can see the victim’s general location through the app on their iOS device.

Apple tried to get ahead of this problem at AirTag’s launch in April with some security measures meant to discourage this practice.

If an AirTag remains separated from its owner for eight to 24 hours, the AirTag will begin making a sound to alert people nearby of its presence, Apple says. When it does so within that time period is randomized, Apple says, to make it more difficult for bad actors to use AirTags to track others.

If the person being tracked has an iPhone, their phone will notify them once it notices someone else’s AirTag has traveled with the person for some time, although Apple hasn’t specified how long that takes. People with Android phones or other types of phones do not get notifications that a nearby AirTag has been following them, although Apple says it plans to release an Android app later this year that will enable users to detect nearby AirTags separated from their owner.

According to Apple’s product page for AirTags, a map on the victim’s iPhone will show them where they’ve traveled while the stranger’s AirTag has tracked them. The map does not show where the AirTag has been, except while it’s been with the victim it’s notifying.

That’s because this location information is only collected and stored by the iPhone itself, not the AirTag. “No location data or location history is physically stored inside AirTag,” Apple said when it launched AirTags. It added that the AirTag’s communication with the network is encrypted “so that only the owner of a device has access to its location data, and no one, including Apple, knows the identity or location of any device that helped find it.”

“We’ve seen them being installed in the gas cap area, as well as the vehicle’s towing system, the trailer hitch – that’s what we’ve seen of late –  but they can install them anywhere on the vehicle,” McKercher said in a public information video.

An Apple support page says you can disable an AirTag that’s tracking you with both iPhones and Androids. Once you’ve found the nearby AirTag, you can tap it against your phone to pull up an on-screen prompt sharing the AirTag’s info and giving you instructions on how to disable it.

Apple says to contact local law enforcement if you feel your safety is at risk.

More from VERIFY: No, a post to your profile will not stop Facebook from collecting and sharing your data