VERIFY: States vary on who can watch vote-counting

Each state has different rules and different levels of access when it comes to who can observe the counting of votes. 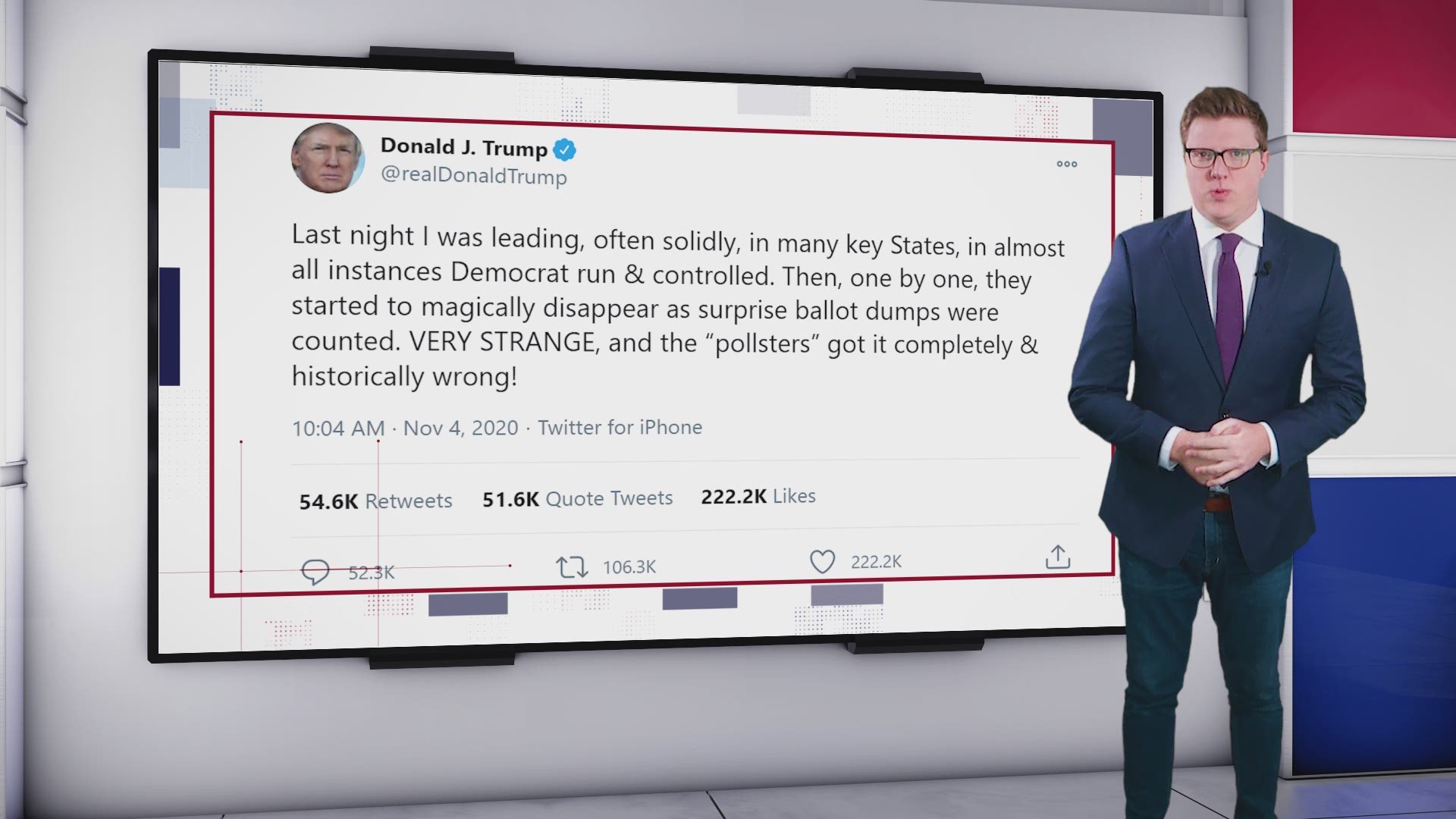 As vote-counting has dragged on in the contentious 2020 presidential race controversies have continued to arise over the process of tallying ballots. Many wonder who can be in the room where vote tabulations are taking place especially in places like Detroit and Phoenix, where rowdy crowds sought entry.

Who can lawfully watch votes being counted in a presidential election?

States vary considerably on their policies regarding watching vote counts, the National Conference of State Legislatures says. However, many jurisdictions are offering live streams of vote counts for the public to see.

Some states are fairly open on who can watch once an election enters the counting process, while others are stricter, the report “Who Can Observe U.S. Elections” by the Carter Center and the State Legislatures Conference shows.

For example, by statute, Arizona says all proceedings at the counting center are open to the public. It also requires election officials to provide live video linked to the secretary of state’s website, for viewing by the public and a recording to be kept through the challenge period of a general election.

Michigan simply says, “Observers may observe counting.” Other states allow only party-affiliated observers to watch the count, with others approved by the secretary of state. California allows access around electronic data processing equipment to be restricted.

But live-streaming of voting centers is on the rise, the MIT Technology Review says. It calls Philadelphia “ground zero” for election video, including catching what it says was voter intimidation in the act.