Research is limited on whether transgender women have a competitive advantage in sports, but experts say sports bans negatively impact trans youth health. 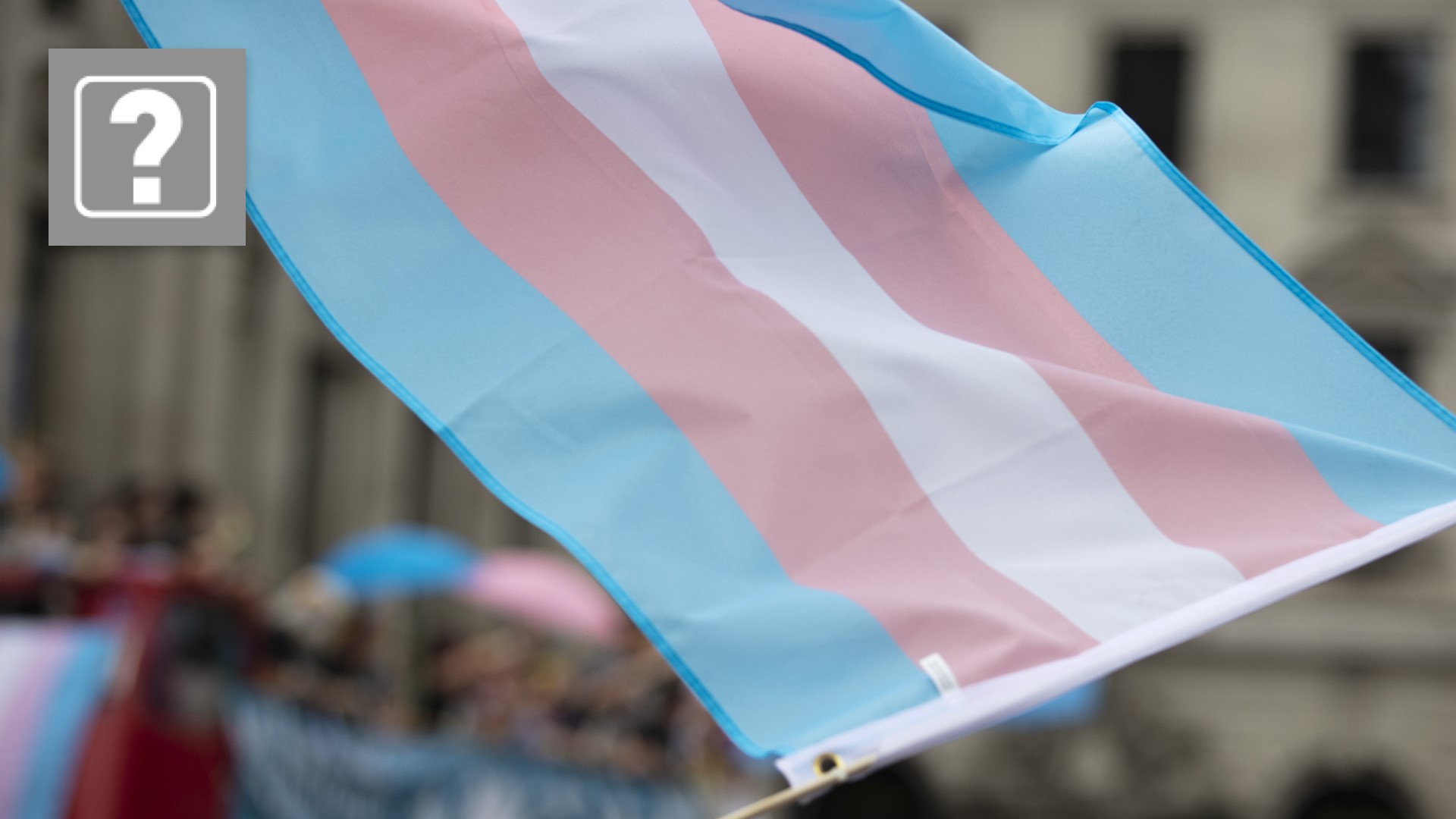 Editor's note (11/17/21): The International Olympic Committee released a new framework "Fairness, Inclusion and Non-discrimination on the basis of gender identity and sex variations" on Nov. 16, 2021. This framework replaces the 2015 framework that allowed for transgender athletes to participate on the basis of testosterone levels and length of time since gender declaration. The new framework calls for individual international sporting committees to determine their own inclusion rules "based on robust and peer reviewed research." The new framework says, "Until evidence determines otherwise, athletes should not be deemed to have an unfair or disproportionate competitive advantage due to their sex variations, physical appearance and/or transgender status." The story continues as originally published below.

More anti-transgender legislation has been introduced in 2021 than in any other year in history, according to the Human Rights Campaign. Many of those bills target transgender girls in sports.

Legislators in 31 U.S. states have introduced bills that would ban transgender youth from competing in school sports, according to the ACLU. Supporters of those bills argued transgender girls have an athletic advantage over cisgender girls, or girls whose gender identity aligns with the sex they were assigned at birth.

VERIFY has received many questions from readers asking whether transgender girls have an advantage over cisgender girls in athletics, like some of these bills claim. VERIFY researched scientific studies and interviewed several experts, a transgender professional athlete and a legislator who introduced one of the bills targeting trans youth in sports.

The claim that transgender women have a competitive advantage over cisgender women in sports is inconclusive, due to a lack of data.

Transgender women and transgender girls compete in and win very few women’s events across high school, collegiate and Olympic competitions. Studies about any potential competitive advantage transgender women may have over cisgender women are limited with mixed findings, making it difficult to draw conclusions without more research.

Regardless, medical experts and transgender athletes say banning transgender children from youth sports would have a negative impact on their mental health.

A common argument used in support of banning transgender girls from girls’ sports in schools is a 2019 Connecticut state track championship in which two transgender girls finished first and second. Three cisgender girls, including the third place finisher, filed a lawsuit over the trans girls’ eligibility to race.

The race and subsequent lawsuit had real-world impacts. Idaho state representative Barbara Ehardt, who wrote a bill that became the nation’s first state law prohibiting transgender athletes from competing in school sports in 2020, wrote her state’s law because of the Connecticut high schoolers. Enforcement of the Idaho law has been halted by a court injunction.

“I think more than the research, what moves us oftentimes is that personal connection,” Representative Ehardt said. “And for me it actually started with listening to the stories of what was happening in Connecticut.” 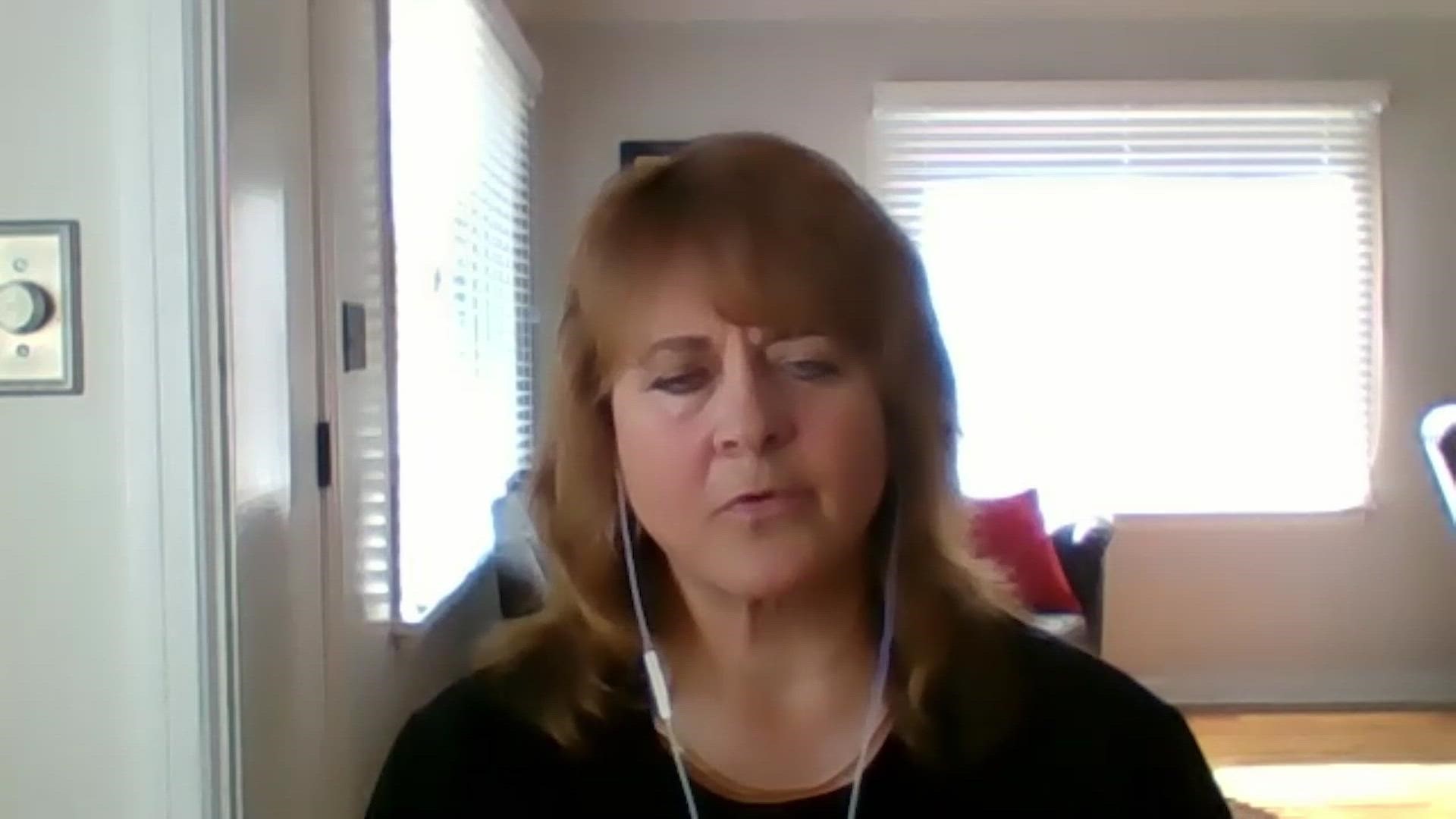 Credit: AP
In this Thursday, Feb. 7, 2019 photo, Cromwell High School transgender athlete Andraya Yearwood , right, braids the hair of teammate Taylor Santos, left, during a break at a track meet at Hillhouse High School in New Haven, Conn. Yearwood was one of two transgender high school sprinters in Connecticut subject to a lawsuit over their eligibility. (AP Photo/Pat Eaton-Robb)

While there isn’t any data estimating how many transgender athletes compete in high school sports, Dr. Jack Turban, an adolescent psychiatrist who works with transgender youth, says anti-trans legislators focus on the Connecticut girls because there aren’t many other examples.

“It's not zero, but it's not a lot. And people will search far and wide to find an example of this being a problem,” Turban said.

Ehardt cited transgender University of Montana runner Juniper Eastwood’s victory in the 2020 collegiate Big Sky Indoor Track & Field Championships as another example of a transgender woman beating cisgender women in sports, but a full results history shows she only won one of the three competitions she competed in that weekend. Her 3000m time in that event was a full minute slower than it was before she transitioned to women’s competition.

The NCAA doesn’t have official data on how many transgender athletes compete collegiately, but Eastwood was the first transgender student to compete in a Division I cross-country race. That’s despite a decade-old NCAA policy that allows transgender women to compete in women’s sports after completing one calendar year of a testosterone suppression treatment.

Chelsea Wolfe, a transgender BMX freestyle competitor who fell just short of qualifying for the Olympics as a member of Team USA, said preventing transgender women from competing in women’s sports prevents them from competing entirely.

“If I couldn't [compete as my gender], it would be a detriment, I wouldn't really have the opportunity to compete because I wouldn’t be able to keep up competing against men,” she said. “And that's why trans women compete against cis women and trans men compete against cis men. It’s because our performance levels and our abilities do tend to be much more in line with our genders that we identify with.”

“There is not yet enough scientific evidence to support specific policies about transgender or intersex athletes,” said Katrina Karzakis, a cultural anthropologist whose expertise is in the intersection of science and social studies regarding gender, medicine and bioethics. “This is not surprising as this is a very nascent area of research — there just are not that many studies.”

A 2017 literature review said “there is no direct or consistent research suggesting [transgender athletes] have an athletic advantage at any stage of their transition.” A 2021 consensus statement from the International Federation of Sports Medicine concluded more research was needed to inform future policy decisions on inclusion of transgender women and cisgender with naturally elevated testosterone levels in elite sport.

Legislators in some states, such as Mississippi, have referenced that study as justification for bills that would ban transgender youth from school sports.

But one of the researchers who conducted the study, Dr. Timothy Roberts, pushed back against legislators who are using the study as evidence.

“I feel my data is being misrepresented,” he said. 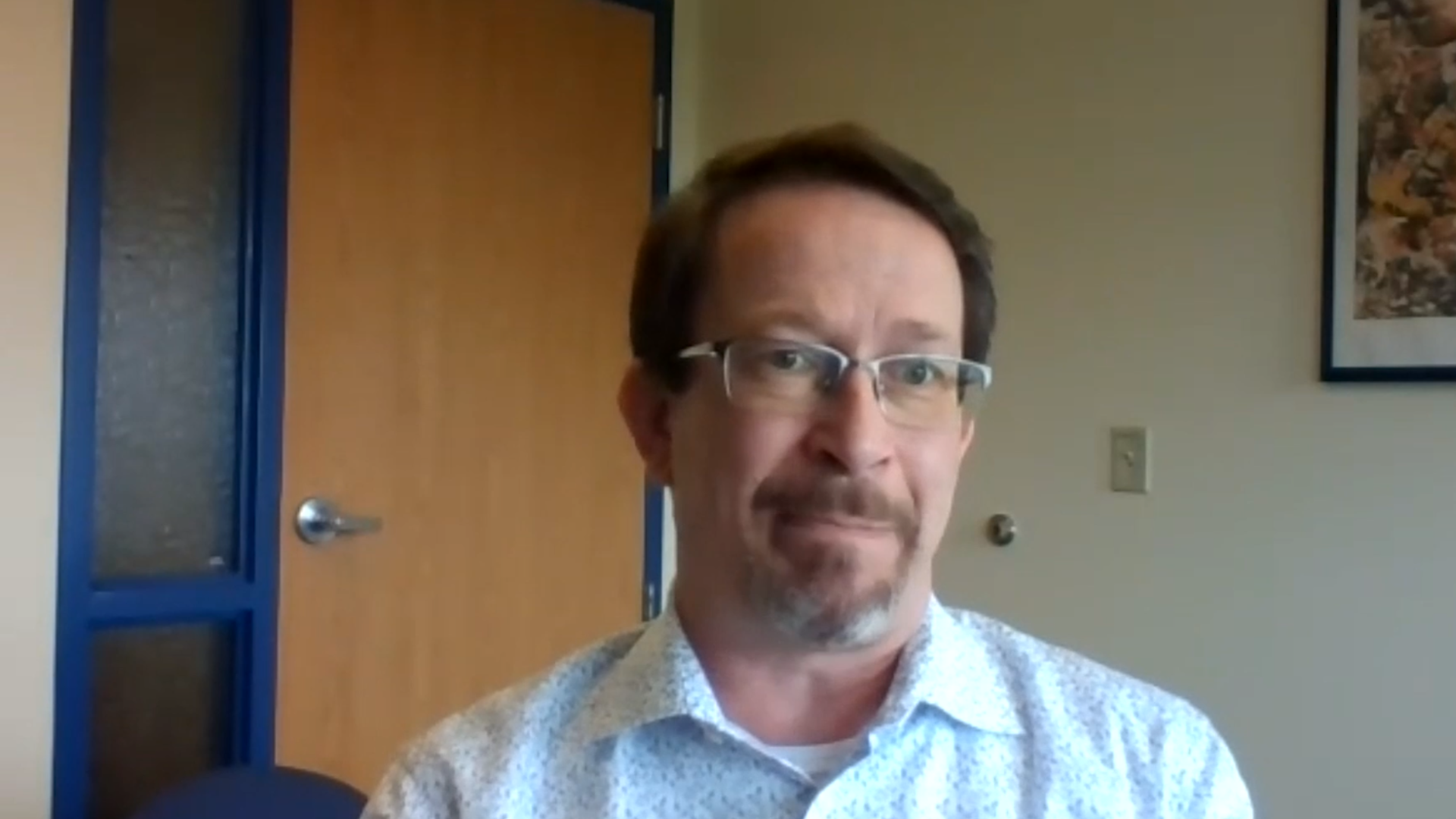 Dr. Roberts believes his study is the best data available at this point, but he doesn’t believe the sample is perfect. Karzakis doesn’t believe there will ever be a study on this topic to provide an accurate statistical analysis.

“It will be very difficult to obtain this evidence given the few numbers of athletes, the diversity among those people, and the many variables that contribute to athleticism,” Karzakis said. “There just will not be enough people to draw a robust statistical analysis.”

Even scientific measures of athleticism fail to capture all the factors that contribute to sports performance. Wolfe pointed to mental health, training, nutrition, finances, personal drive, hard work and risk-taking as just some of the many variables that impact athlete performance. On top of that, a transgender athlete who medically transitions has to adapt to changes within their body.

“Everything changes. When you change out your hormones in your body, it's kind of like switching the operating system on a computer; it all functions differently,” Wolfe said. “And you kind of have to relearn how to recover, how to train, how to even do the tricks that you want to do on your bike because your body moves differently.”

In an interview with 406 MT Sports, Eastwood, the collegiate cross-country runner mentioned earlier, cited all of the above as the reason she believes any competitive advantage transgender women have is “sort of sport-dependent.”

“When you’re talking about a sport like distance running, there’s a lot of different factors and I’m going to have advantages and disadvantages,” Eastwood told 406 MT Sports. “My height and being a little heavier are disadvantages. I’m running against people with less weight and I’m more injury-prone. In my case, I’m comparatively slower after the transition than I was before. It comes down to a lot of reasons — being heavier and taller — and honestly because I have less testosterone than almost all of the women I compete against because the medication almost annihilated my testosterone.”

Wolfe also said the personal struggles many transgender people face affect their sports performance. She recalled that around the time she hit puberty when BMX racing as a kid, her performance fell off and her physical health dipped because of an eating disorder that came as a result of her gender dysphoria. On top of that, transgender athletes may be dealing with bullying, harassment and rejection from their families. 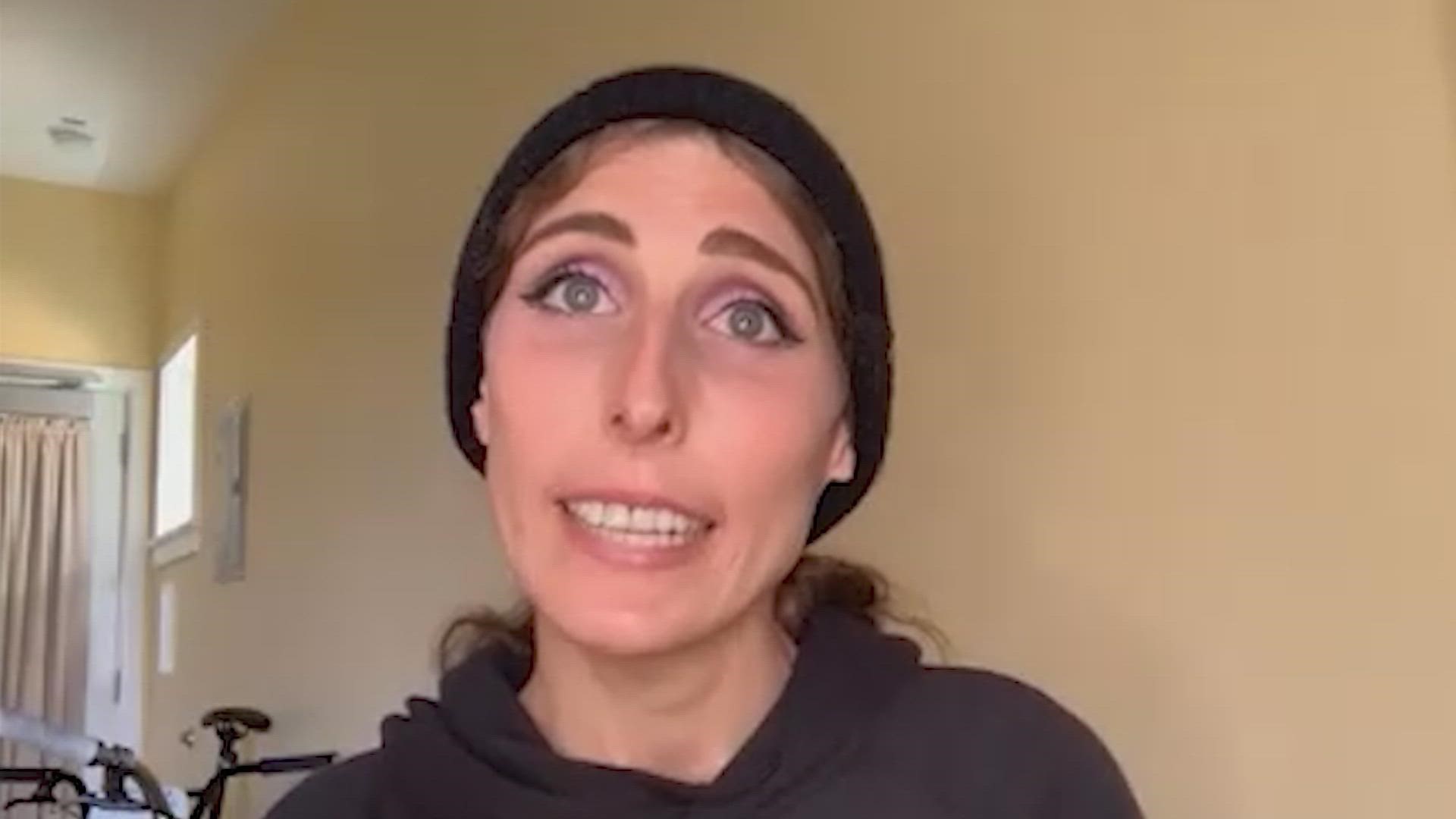 “I would have had a lot less self-doubt to overcome, self-hatred to deal with,” Wolfe said, had she found a professional BMX athlete like her as a kid. “I'm sure the eating disorder would not have been as much of a big deal because I could have seen like, ‘wow, I actually do deserve to eat food.’”

Wolfe said seeing a professional athlete like herself back then “would have completely changed my life.” That’s why Wolfe and medical experts say this issue is more than one of just competitive fairness.

“There’s great benefits [in participating in school sports] to the trans individuals,” Dr. Roberts said. “You learn lessons about teamwork, about putting the goals of the team ahead of your own goals, how to work with others — all those are very important benefits to trans athletes.”

Studies have found team sports provide mental health benefits to youth, although there aren’t any studies currently available on the potential benefit of sports to trans youth specifically. However, for transgender children, there can be additional harm beyond merely missing out on the benefits of youth sports.

“They would go to school all day as their gender identity and be affirmed and supported and then come 3:30 be told, ‘actually, your gender identity is invalid you need to go be with the boys,’” Dr. Turban said. “And that really messes with people's sense of self and their self esteem and how they think other people perceive them.” 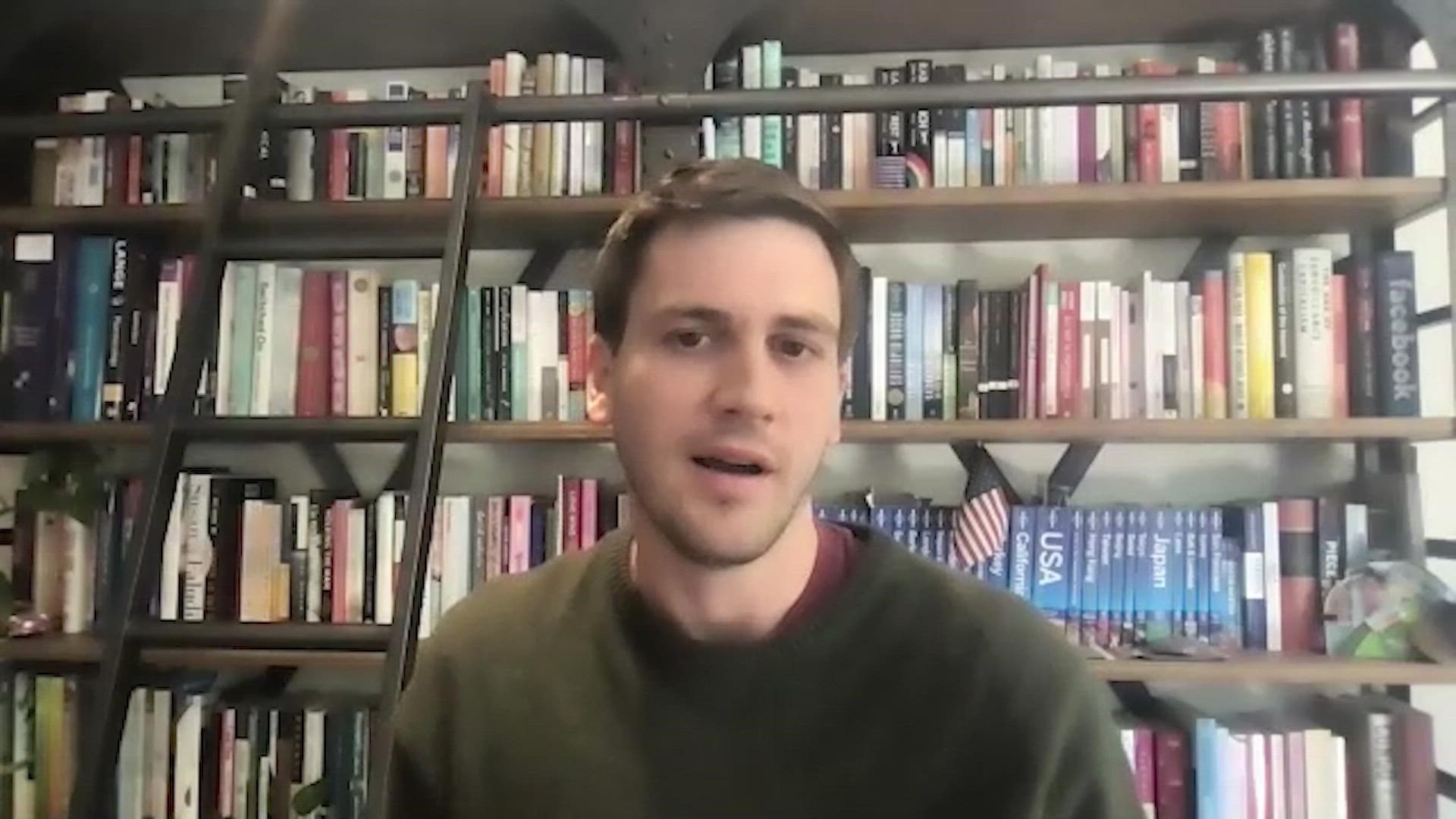 Dr. Turban referenced a study from a few years ago that found a decrease in suicide attempts among high school students in states immediately after those states legalized same-sex marriage. “Which probably wasn't because all these adolescents were getting married, right? Because they can't,” he said. “I don't think it was just an association, but rather that these bills really do change our societal conversations and the way we treat each other, and the way LGBT people and kids in particular, are treated. And that impacts their mental health in a big way.”

“These poor kids are seeing their own existence debated in front of them day in and day out,” Wolfe said. “I mean, it's tough to deal with that even as an adult and having the emotional maturity that I do, I can't even imagine what these poor kids are dealing with having to face that every single day.”

More from VERIFY: Yes, two medal contenders were disqualified from an Olympic race because their natural testosterone levels were too high