Yes, NFL players can be fined for violating COVID-19 protocols

The NFL is investigating whether Green Bay Packers quarterback Aaron Rodgers followed COVID-19 protocols. The league has fined players and teams for past violations. 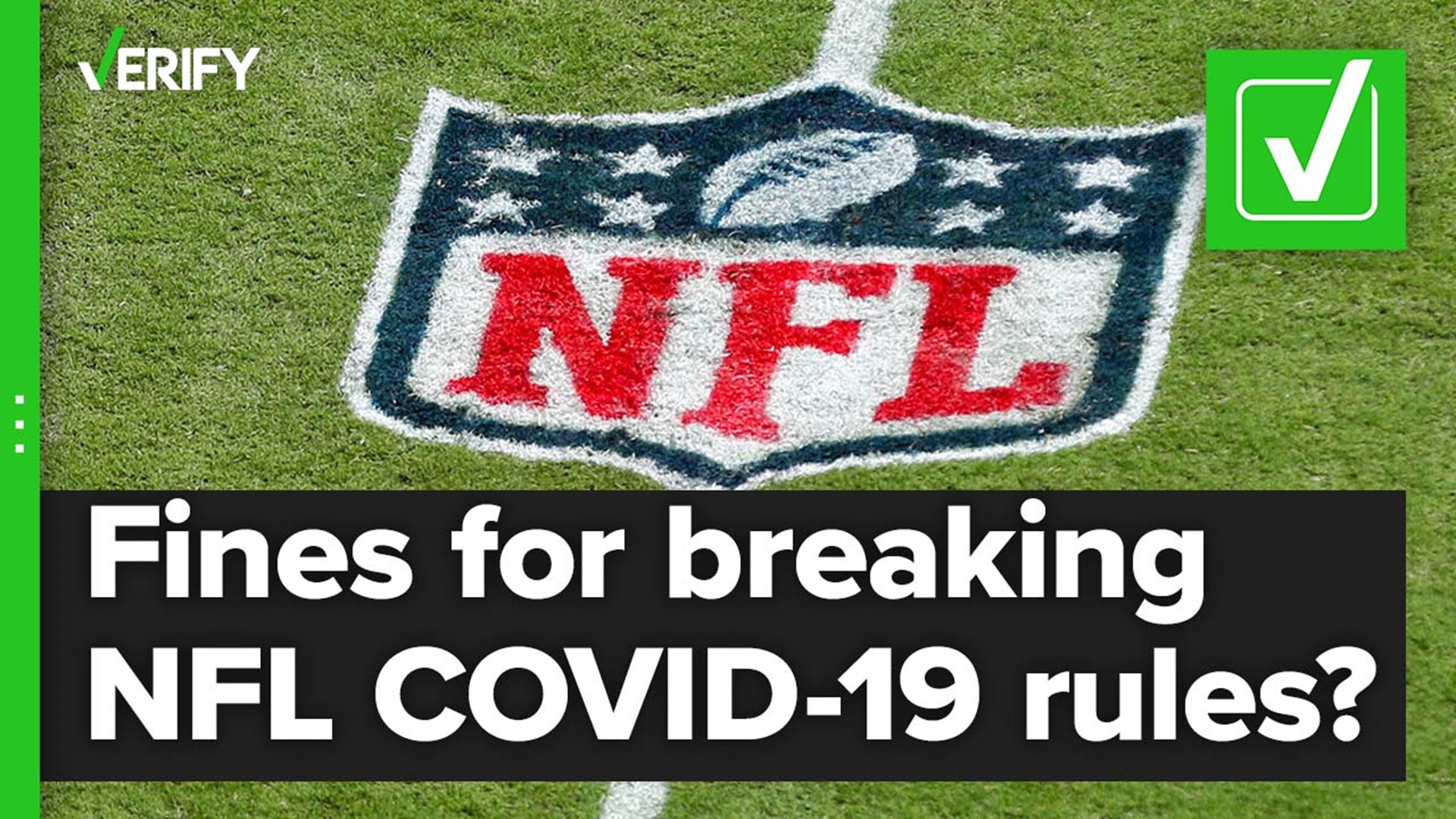 Multiple reports, including from NFL Media, say Green Bay Packers quarterback Aaron Rodgers was fined $14,650 for violating the COVID-19 protocols agreed to by the NFL and the players' union. The Packers were also reportedly fined $300,000 for not penalizing Rodgers and another player who violated the protocols.

Green Bay Packers quarterback Aaron Rodgers was a trending topic on Twitter and Google on Nov. 5 after he discussed his vaccination status and positive COVID-19 test on “The Pat McAfee Show.”

After news broke on Nov. 3 that Rodgers tested positive for COVID-19 and would have to sit out the Packers’ upcoming game against the Kansas City Chiefs, it was reported he was unvaccinated. Rodgers confirmed on “The Pat McAfee Show” that he has not been vaccinated. The update surprised many people because Rodgers said in August that he was “immunized.”

The apparent inconsistency has led people to question whether Rodgers was following the NFL’s COVID-19 protocols and if he wasn’t, what kind of punishment he could face.

Can NFL players be fined for violating COVID-19 protocols?

Yes, NFL players can be fined for violating COVID-19 protocols.

The NFL and the NFL Players Association, the union for the players, agreed to COVID-19 protocols for the 2021 regular season.

According to the agreement, “players may be disciplined by the NFL for violations of these protocols.”

There are specific situations cited in the agreement of misconduct that will result in fines. For example, any player, regardless of their vaccination status, who refuses to submit to required COVID-19 testing can be fined $50,000. Players who are unvaccinated and refuse to wear a mask or PPE in team facilities can be fined $14,650. Players who repeatedly violate protocols face harsher punishment “with a maximum fine amount equal to one week’s salary and/or suspension without pay for a period not to exceed four weeks.”

NFL spokesman Brian McCarthy confirmed to VERIFY that the league is investigating whether Rodgers was following COVID-19 protocols.

“The primary responsibility for enforcement of the COVID protocols within club facilities rests with each club,” McCarthy said in a statement. “Failure to properly enforce the protocols has resulted in discipline being assessed against individual clubs in the past. The league is aware of the current situation in Green Bay and will be reviewing with the Packers.”

The NFL has punished players and teams in the past for not following COVID-19 safety measures. The New Orleans Saints and Las Vegas Raiders were fined during the 2020 season for not adhering to protocols. Several Raiders players were also fined by the NFL during that season for rule violations. During the 2021 preseason, Buffalo Bills wide receiver Isaiah McKenzie tweeted a picture of a letter he received from the NFL stating that he faced a fine for not adhering to mask-wearing rules.

More from VERIFY: No, NFL players don’t have to be vaccinated but there are stricter rules for unvaccinated players