Besides the obvious grammar errors, a post claiming Cash App will pay up for gift cards contains numerous red flags. 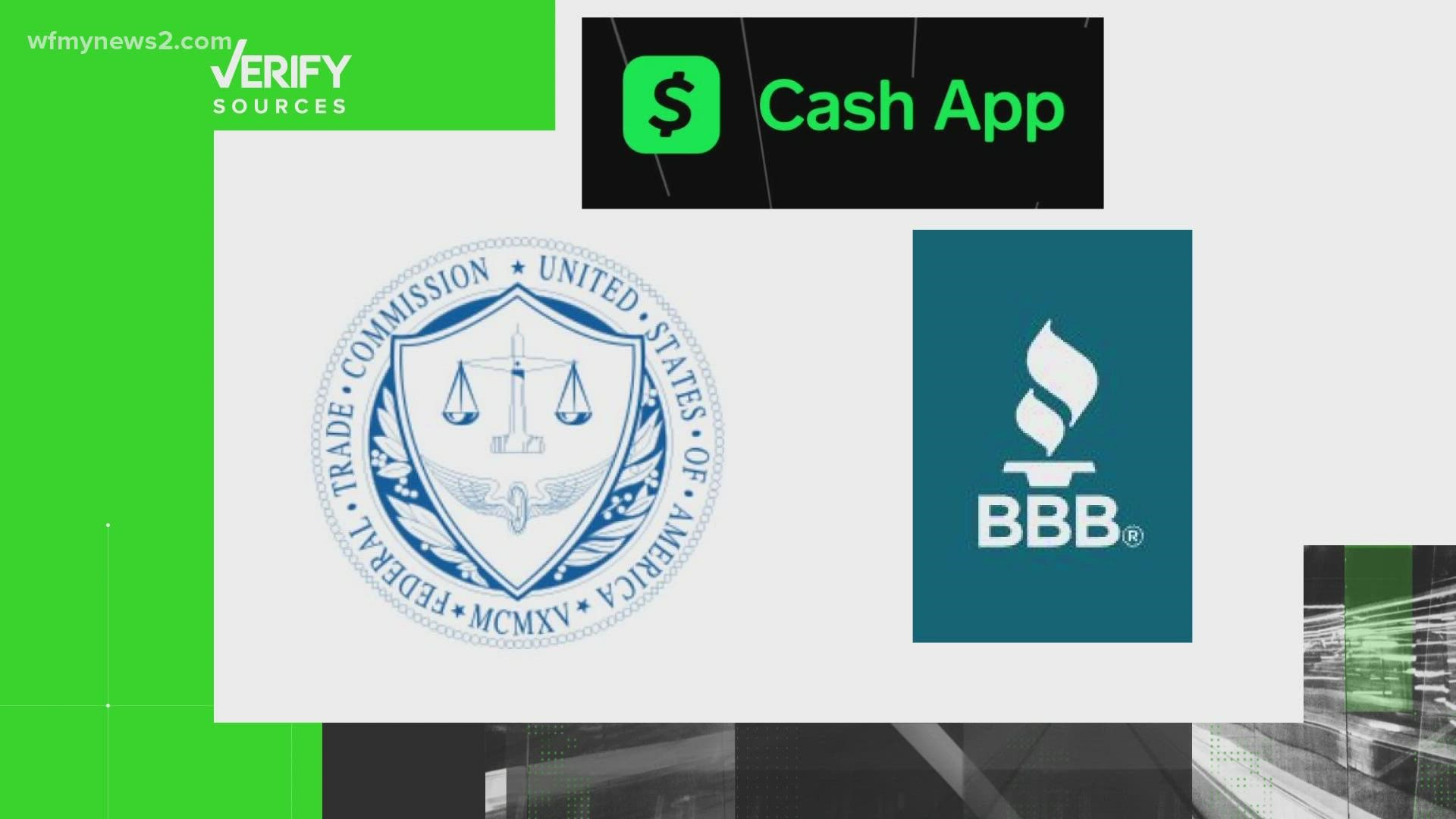 GREENSBORO, N.C. — Another day brings yet another scheme.

The 'bad guys' are getting savvier with their tactics. They're already trying to steal your money, and now they're trying to intercept the money you're sending to friends and family.

Cash App is one of several money-sharing apps allowing you to bypass the bank and directly repay someone for a debt. It's quite popular, which is why viewer Joanne Mendoza reached out with a claim to VERIFY.

Mendoza e-mailed, asking, "VERIFY: People on Facebook (are) telling you to send money to receive more."

She included a screenshot of a post she saw her friends sharing on Facebook. It explains Cash App is giving out money to help people in the pandemic, and to benefit, the user has to trade with Cash App using gift cards or a Cash App transfer for trading. The deal promises the user he or she will get winnings immediately 'after verification.' Then, it outlines examples -- $100-worth of gift cards means a $1,500 cash reimbursement, and so forth.

Right away, we notice the post contains numerous missing words and other grammatical errors, so it immediately gives off red flags. Let's VERIFY.

No, the post claiming Cash App will pay you 10 times the money on a gift card is fake.

Cash App, the FTC and BBB investigator Lechelle Yates confirm the post is not legitimate.

Yates explained, "This social media post invokes two golden rules. First, if you're being asked to pay money upfront for any reason, the person asking is a crook. And second, gift cards are not currency. Gift cards are meant to be given as gifts. Period."

Plus, why would Cash App want your gift cards? The FTC states, very clearly, "No real business will ever insist you pay them with a gift card."

And, the real Cash App website has a whole scam warning page. It mentions 'cash flipping' schemes, when scammers promise to increase your money, if you send them funds first. The scammers sometimes claim, as they did in this faux Cash App offer, they need the payment upfront for a 'verification' or 'clearance fee.'

So, bottom line, pausing to think -- and question -- can save you a huge headache.

"There are several ways to protect yourself when you're using these money-saving apps," Yates said.

The three biggest takeaways involve knowing these payment apps do not operate like banks.

"First, realize that Cash App is not like a bank account. Your money is not federally-insured. Secondly, use these apps how they were intended -- peer to peer, sending money to people you know. And, third, if you end up sending money to a scammer, you're not likely to get your money back," she said.

She explained money-sending apps aren't going to shoulder the cost of fraud like credit card companies do.

And, as a final note on payment apps, watch how much you send -- even to trusted sources. Starting Jan. 1, 2022, a new IRS rule will require you to report -- to the federal government -- any payment app business transactions of more than $600.

Do you have a question you want verified? Submit a selfie video or short paragraph, along with a screen shot of the source of the claim, to Meghann Mollerus via:

RELATED: Yes, there’s a difference in ‘third dose’ and ‘booster’ terminology, but the shots are the same