Yes, Texas Democratic lawmakers are still getting paid while protesting in Washington, D.C.

A viewer wanted to know if his state representative was being paid and accepting her salary while she's fled Austin for Washington, D.C. 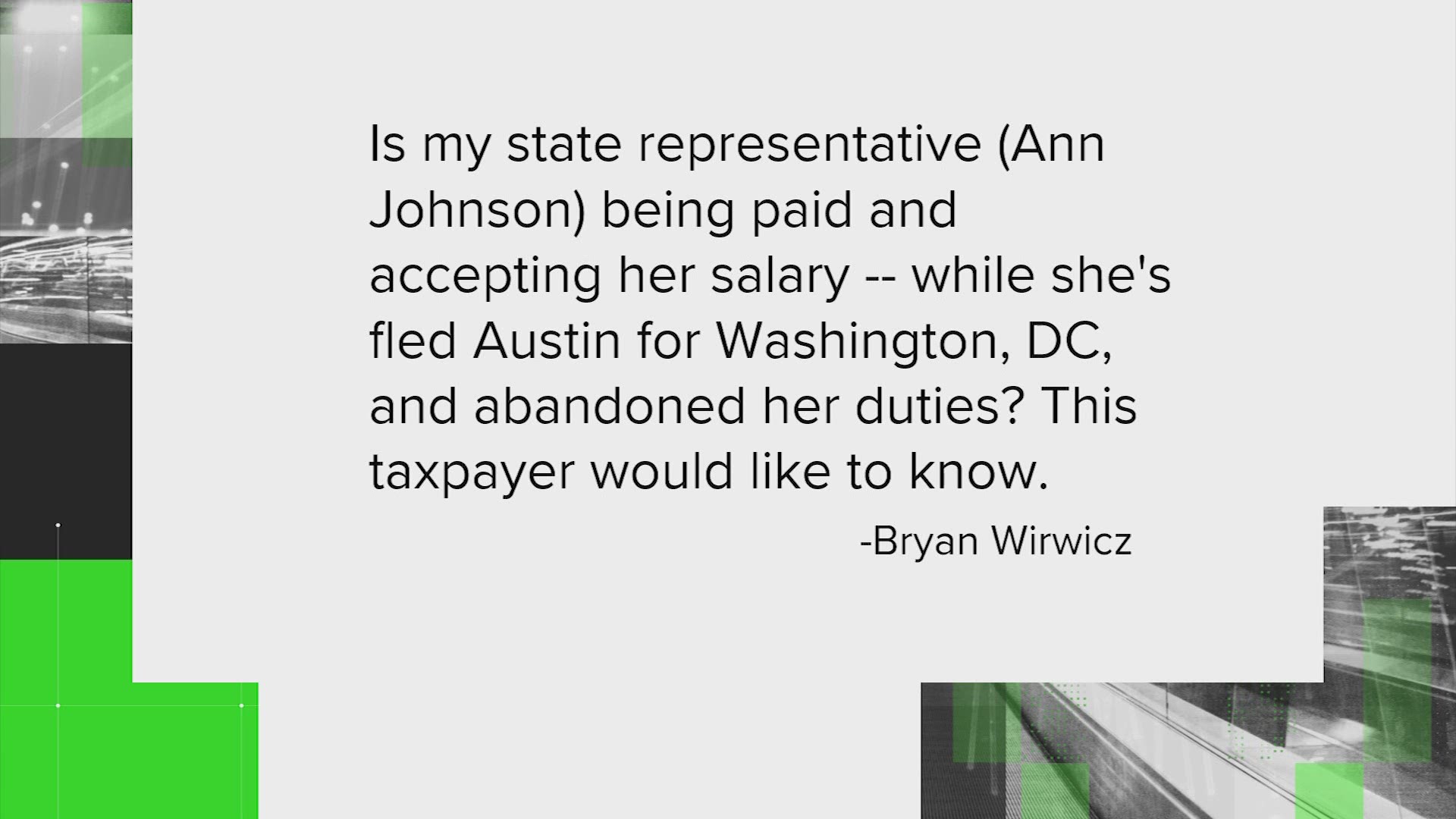 One of our viewers had a question for our VERIFY team about pay as Texas Democratic lawmakers continue their protest in Washington, D.C.

A viewer sent this question to our VERIFY team: Is my state representative, Ann Johnson, being paid and accepting her salary while she's fled Austin for Washington, DC, and abandoned her duties? This taxpayer would like to know.

Our first sources to answer this question are Governor Greg Abbott’s Office and the National Conference of State Legislatures.

Researchers found last month Governor Abbott’s office announced he had nixed legislators’ pay. This was after Democrats walked out during the regular session back in May to stop the vote on the elections reform bill.

He used a line-item veto to cut pay saying, “Funding should not be provided for those who quit their jobs early."

But that budget does not go into effect until September 1, so for now, they are still getting paid.

So how much do Texas lawmakers make?

According to the National Conference of State Legislatures, they are some of the lowest paid in the country.

Of course, it is important to note that it is not considered a full-time job and many lawmakers have other employment.

So we can verify, Texas lawmakers are still being paid but those paychecks could go away soon.