No, Social Security will not go broke in 12 years

The common claim that Social Security will run out of money in a decade is misleading. But, without action, payments could outpace payroll tax revenue. 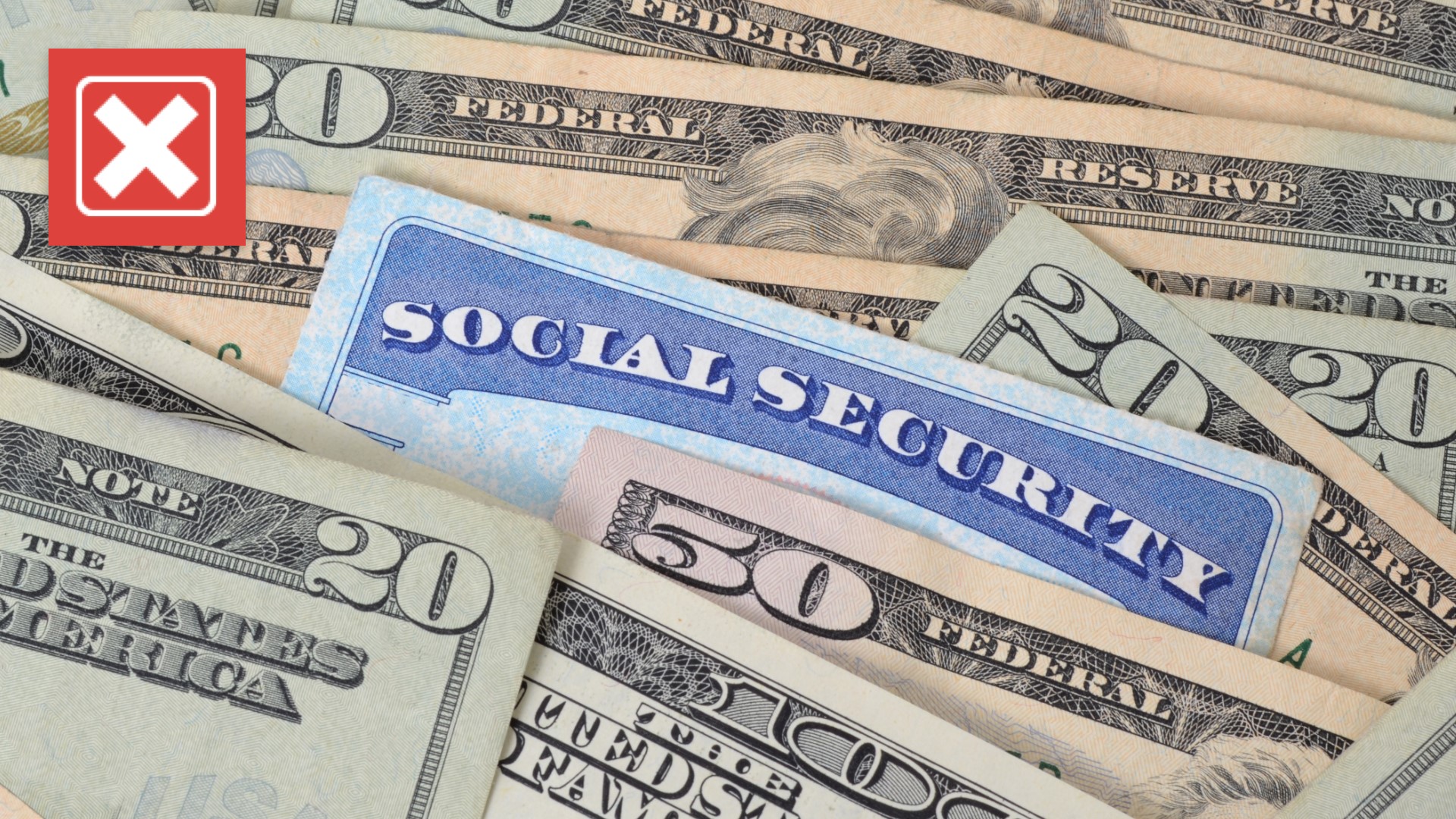 WASHINGTON — For years people have claimed that Social Security is on its last legs. So far, lawmakers have acted to prevent that from happening. But, that doesn't mean the rumors stop circulating.

Will Social Security run out in 12 years?

No, Social Security will not go broke in 12 years. But, payroll taxes only cover about 75% of the amount of money going out to recipients. The trust funds that cover the difference could run out if Congress decides not to act to prevent it. People would still receive payments but, they wouldn't be the full amount or they could be delayed.

The claim that Social Security will go broke is false, but it’s based on very real issues that we could face in the future. That’s because while there will always be payroll taxes paying into the fund, the amount being paid doesn’t match the amount needed to send full payments to all 65 million Americans who receive checks every month.

To make up for that deficit, the Social Security Association dips into their trust funds to pay full checks. Those funds were built up over decades when we were in the opposite position and payroll tax revenue outpaced expenses. But, economist Jason Fichtner explained, you can’t pull from your savings account forever.

“Imagine you have $1,000 a month of expenditures, and your primary job only pays you $750 a month. You're short $250 bucks, well, you've got a savings account that you've had up from your working years, so you're now taking out $250 a month to pay up that difference in your expenditures,” Fichtner said. “If you keep taking $250 out a month, in the next 10 years you'll be down to zero, then what are you gonna do?”

So what’s driving that deficit? Cordes told us it has to do with life expectancy and fertility. People are living longer, therefore receiving benefits for longer, and there are fewer young workers paying into the fund.

“The ratio of younger workers to Social Security beneficiaries is falling,” Cordes explained. “So you have more older people, you have smaller family sizes, which means that over time, you're going to have fewer young workers contributing into the system, which is what provides the benefits to their retired parents or grandparents.”

Our experts explain this isn’t something that’s set in stone, though. Congress could act within the next decade to either increase tax revenue or decrease output by, for example, increasing the retirement age.