No, wages have not grown more than inflation since last Thanksgiving

While making a comparison to last Thanksgiving, Biden claimed wages have grown more than inflation. But the two most followed inflation measures don’t back that up. 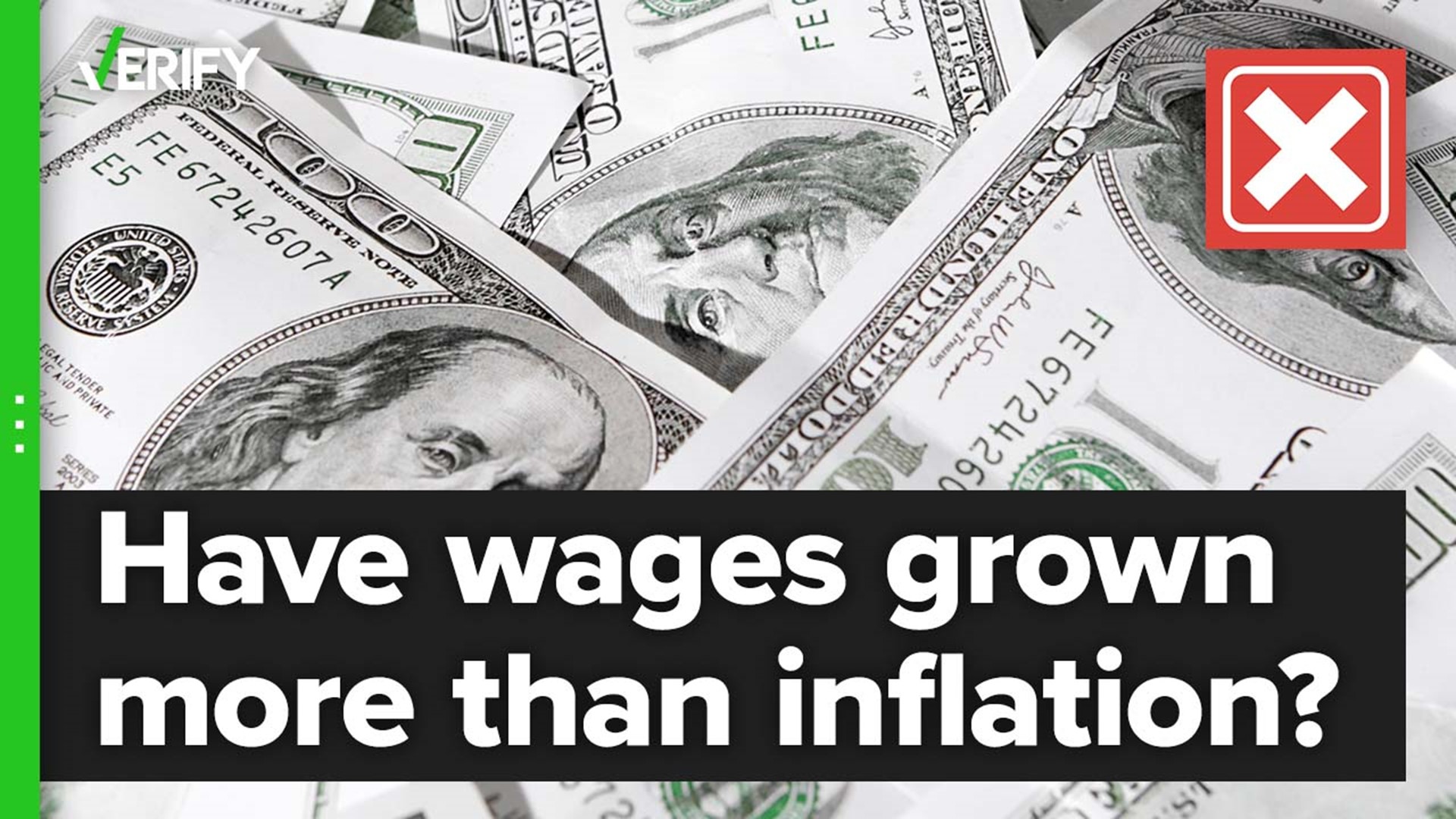 President Joe Biden is in Glasgow, Scotland, with world leaders for the United Nations Climate Change Conference. While at the summit on Nov. 2, Biden addressed some of the supply chain issues that are affecting Americans across the country, as well as people across the world.

During a news conference, the president made a comparison to last Thanksgiving and claimed that wages had grown more than inflation in the United States.

“Last Thanksgiving, you know, I — as I said, this year, we’re working on the supply chain issue,” Biden said. “But last Thanksgiving, I sat down with my wife, my daughter, and my son-in-law. This Thanksgiving, we’re all in a very different circumstance. Things are a hell of a lot better, and the wages have gone up higher — faster than inflation. And we have generated real economic growth.”

Have wages grown more than inflation since last Thanksgiving?

No, wages have not grown more than inflation since last Thanksgiving, according to two of the most followed inflation metrics.

The Federal Reserve, the central bank of the U.S., defines inflation as “the increase in the prices of goods and services over time.”

To measure inflation, VERIFY used what the Federal Reserve Bank of Cleveland describes as the “two most widely followed measures of consumer prices.” They are the consumer price index (CPI), which is produced by the Bureau of Labor Statistics, and the personal consumption expenditures (PCE) price index, which is produced by the Department of Commerce’s Bureau of Economic Analysis.

There are differences in how the indexes are formulated and what they account for.

“The CPI reflects out-of-pocket expenditures of all urban households, while the PCE price index also includes goods and services purchased on behalf of households,” the Federal Reserve Bank of Cleveland explained. “In the case of medical care outlays, for example, the PCE price index would not only include the out-of-pocket expenses paid for by households, but also the medical care services paid for by an employer and by the government.”

To measure the change in wages, VERIFY analyzed Bureau of Labor Statistics data of average hourly earnings for private workers.

Because Biden referenced “last Thanksgiving” in his comment, VERIFY compared the rise in inflation with the rise in wages from November 2020 through September 2021 -- the most recent month with data.

So, while wages have increased since last Thanksgiving, they haven’t risen at the same pace as inflation.

More from VERIFY: No, the U.S. president does not control gas prices