No, the US has not resumed processing all asylum seekers 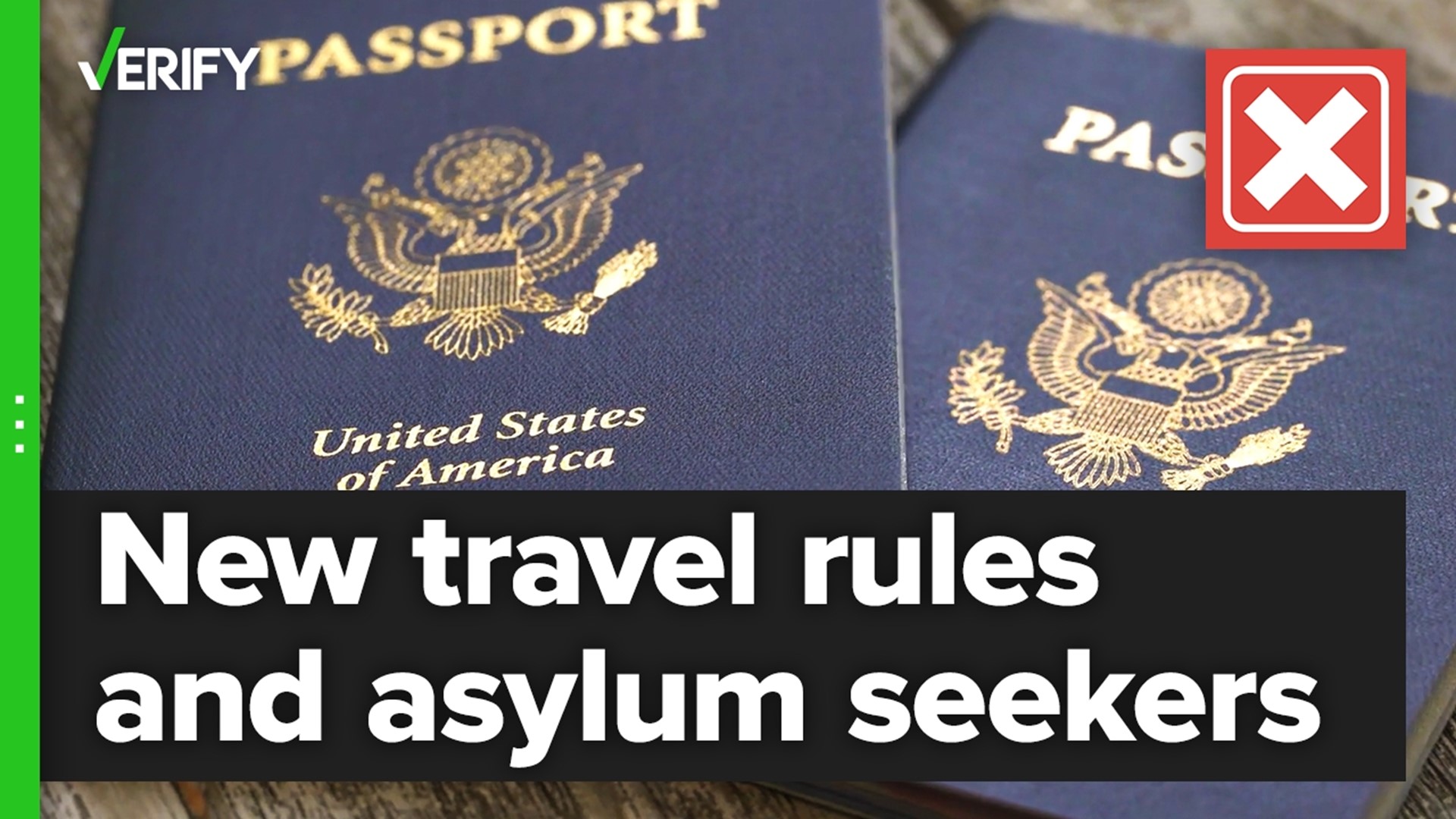 On Nov. 8, the United States reopened its borders to international travelers with some exceptions, but the policy change has caused some confusion.

Matthew Davies, the executive director of U.S. Customs and Border Protection (CBP), recently said that the agency has seen an increase in misinformation, including from smugglers, about who can cross the U.S. border.

Has the U.S. resumed processing all asylum seekers?

No, the U.S. has not resumed processing all asylum seekers.

When the pandemic began in March 2020, the U.S. Centers for Disease Control and Prevention (CDC) issued a public health order under Title 42 of the U.S. Code to stop processing asylum seekers because of the risk of COVID-19. This means if an asylum seeker arrived in the U.S. after the order was issued, they were either returned to their home country or the last country they were in — often Mexico.

According to CBP data, people seeking asylum have been turned back more than one million times since the start of the pandemic, and many are currently waiting in border cities for the end of the Title 42 order.

In October, when the White House announced the border would reopen on Nov. 8 to international visitors who have proper documentation, it said in a proclamation that there would be no changes to the Title 42 public health order.

“As of November 8, fully vaccinated, documented non-citizens will be able to cross the land borders through ports of entry with Canada and Mexico or arrive in the United States by passenger ferry for nonessential reasons,” Davies said in a CBP phone conference. “It is important to note that these changes apply to legal land border crossings at ports of entry and to foreign nationals who have appropriate documentation to enter the United States. Any foreign nationals attempting to enter the United States other than at a lawful port of entry, or without proper documents will be subject to border restrictions, including expulsions.”

Some groups, including the American Civil Liberties Union (ACLU), are suing to force the U.S. to restart the asylum process soon, but while the Title 42 order remains in effect, people seeking asylum can still be turned away.

MORE FROM VERIFY: Yes, fully vaccinated travelers with a negative COVID-19 test will be able to travel to the US with some exceptions