Yes, the Senate can overrule the Senate Parliamentarian, but rarely does

Progressives on social media have been expressing their frustration with the recent recommendation by the Senate Parliamentarian. Can this be over-ruled? 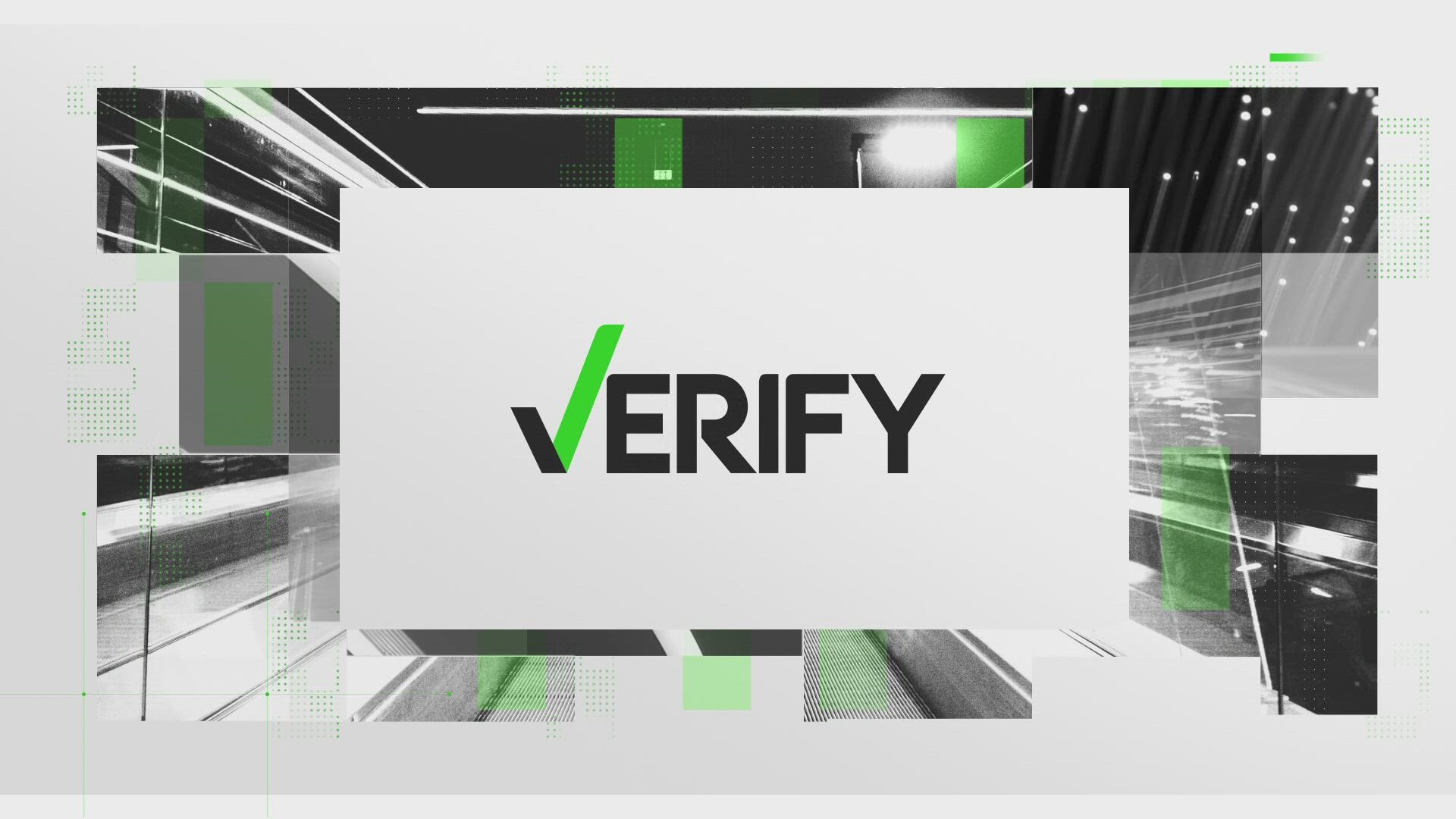 WASHINGTON — On Sunday Senate Parliamentarian, Elizabeth MacDonough announced that a Democrat plan to give green cards to millions of immigrants including Dreamers, should not be included in the proposed $3.5 trillion budget plan.

In the aftermath, many progressives on social media expressed their frustration, including some who called for the Senate to "ignore" or "overrule" her decision. But is this allowed?

Can Democrats over-rule the Senate Parliamentarian's recommendation, and include legislation in a reconciliation bill, despite guidance not to?

Yes, the Senate can vote to essentially overrule the Parliamentarian's recommendation, although this would likely take 60 votes, in order to waive the point of order.

Some of our experts believe that this recommendation can be over-ruled with a simple majority, by using the nuclear option, to essentially set a new precedent. This is not accepted by all our experts.

Senate procedures can often be complicated, which can create misinformation. With so much attention on this Parliamentarian announcement on social media, we're verifying the facts. Here's the background.

To pass in the Senate, a typical bill needs 60 votes, in order to overcome a filibuster. But when it comes to reconciliation bills, often referred to as budget bills, only a simple majority is needed.

Currently, Democrats hold a razor-thin majority, as the vice president is needed to break a 50-50 tie in the upper chamber. For this reason, the path to passing a reconciliation bill is a lot easier than a traditional bill, in which they would need ten Republicans to get anything done.

One major obstacle for Democrats, hoping to fill this reconciliation bill with various legislative policies, is the Byrd Rule. The Congressional Research Service wrote the following of the Byrd Rule, which was named after a long-time Senator from West Virginia:

Generally speaking, the Byrd Rule dictates that policies must be budget-related, or else they should not be included. However, there is considerable debate about the exact parameters, according to Casey Burgat, the Director of the Legislative Affairs Program at George Washington University.

"The Byrd Rule has six prongs to it," he said. "And if you ask 100 different experts, you're going to get about 99 different answers of what is applicable. And how those six prongs are applied to any given piece of legislation, which makes no one understand it perfectly."

According to an Executive Summary released by the House Committee on the Budget, The Byrd Rule prohibits "extraneous" measures, defined as the following:

MacDonough referenced the 'merely incidental' clause as a main factor in the immigration provision being nixed.

"The policy changes of this proposal far outweigh the budgetary impact scored to it," she wrote. "And it is not appropriate for inclusion in reconciliation."

How does the parliamentarian play into this?

If a Senator believes that an included provision violates the Byrd Rule, they can choose to raise a point of order. If this happens, the parliamentarian would be asked to offer a formal recommendation.

"They're kind of the umpire," said Burgat. "The rule-keeper of the long and storied history of how things get done within the House and the Senate."

The Congressional Research Service wrote the following about the Parliamentarian:

"As a staff official, neither parliamentarian is empowered to make decisions that are binding on the House or Senate. The parliamentarians and their deputies/assistants only offer advice that the presiding Representative or Senator may accept or reject; individual Members may appeal rulings."

This ruling by the parliamentarian, is only a recommendation. @SenSchumer and the @WhiteHouse can and should ignore it.

We can’t miss this once in a lifetime opportunity to do the right thing. https://t.co/r1T7T7uQIP

David Super, from Georgetown Law, said that the Parliamentarian is meant to play a nonpartisan role.

"The idea is you get a career expert," he said. "Who is not beholden to either party. And she will evaluate these matters and see whether they fit with the Byrd Rule and with Senate precedents interpreting the Byrd Rule."

G. William Hoagland emphasized that the parliamentarian simply makes recommendations, that the chair then reports to the chamber.

"She advises who's sitting in the chair," he said. "She doesn't rule."

"They could appeal the ruling of the chair to the full body of the Senate," said Super. "And take a vote on it. There the question would be is what the parliamentarian ruled wrong under the Senate rules."

Burgat said that he believes it's possible the Senate could overrule the recommendation with a simple majority, by using the so-called 'nuclear option.' He explained the logic of such a move in the following way:

"Dems nuked the filibuster (against the Parliamentarians recommendation of past precedent) in 2013 with a simple majority; GOP did the same on SCOTUS nominees in 2017. Neither had 60 votes. To change the standing rules of the Senate, you need a 2/3rds supermajority. This isn't that, this is overruling a nonbinding ruling from the parliamentarian. It establishes a new precedent by overruling a point of order... Yes, it would be controversial. Yes, it would break from precedent. In fact, it would establish a new one, by definition. But parliamentarians have been ignored in the past (though, very rare)."

Could Parliamentarian Be Removed and Replaced?

"It would cause a huge firestorm," said Burgat. "It's a very, very controversial move. It's a rare move."

Hoagland agreed that this would not be unprecedented, although it has rarely been done.

"It is possible," he said. "It's happened in my career up there. It happened once essentially to parliamentarian Robert Dove. I would say that that would be extraordinary."