Yes, a great white shark really was rescued by dumping water on it and then pulling it by boat out to sea

The recently shared rescue video is actually from a 2015 rescue of one of three sharks to wash ashore on Cape Cod that year. 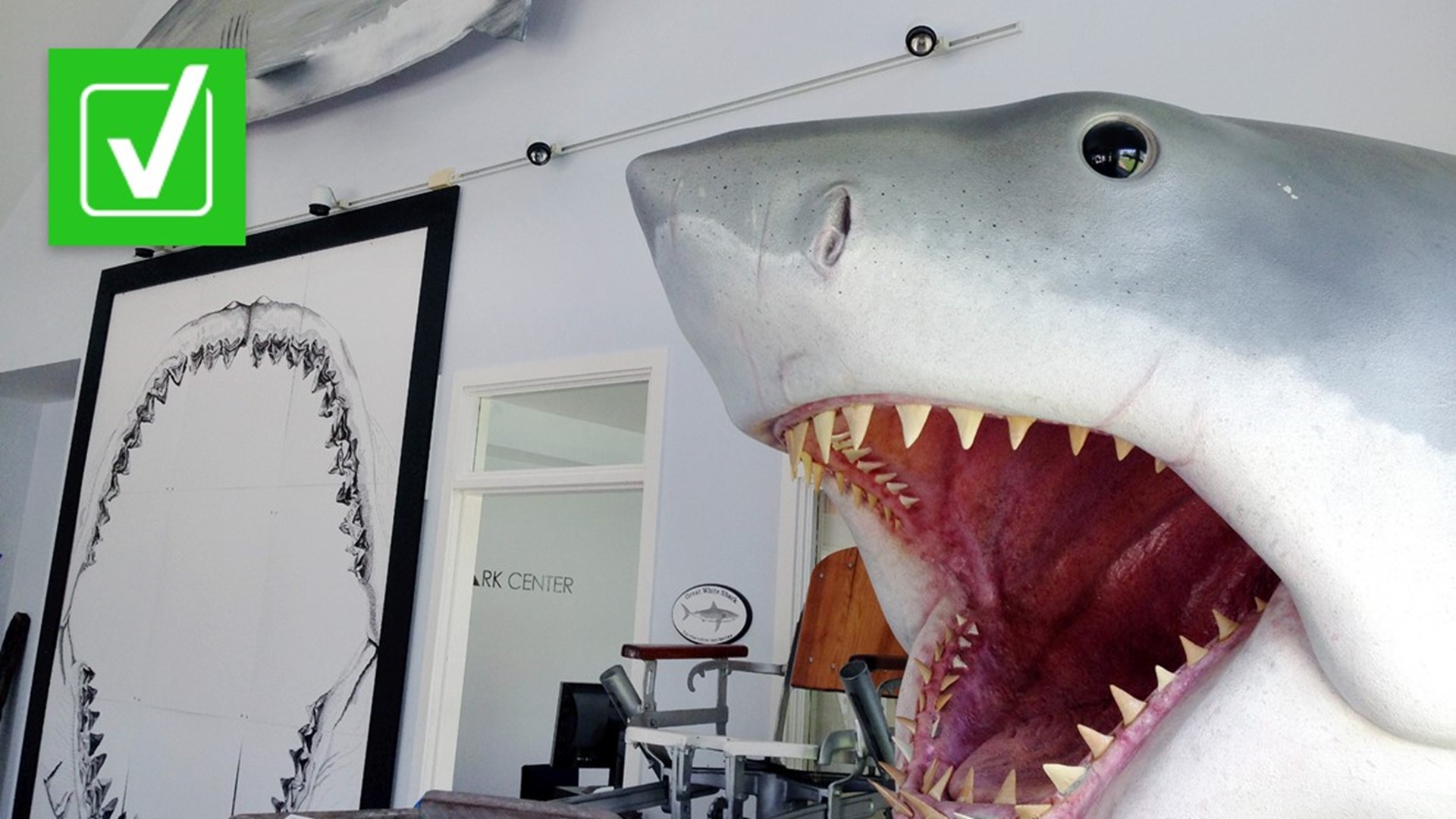 The annual summertime tradition of Shark Week is upon us. And with it comes an uptick in attention toward the oceans’ mightiest predators.

In the last week, a video of a beached shark getting water dumped upon it and then pulled out to sea by a boat has garnered more than 350,000 views and about 15,000 likes between uploads by three different accounts.

Does this video depict the real rescue of a beached great white shark?

Yes. The video is from a 2015 rescue of an Atlantic great white shark later dubbed Jamison. Jamison was a juvenile at the time, which is why the shark in the video looks smaller than a great white shark typically would be.

The video posted to Twitter is just a small part of a four-minute long video posted to YouTube by bystander Mike Bartel on July 13, 2015. The description of the video, which has racked up more than 42 million views, says the juvenile shark beached itself trying to catch seagulls.

The Atlantic White Shark Conservancy posted the next stage of the July 13 rescue to YouTube the next day. In that video, the people in the boat guide the shark out to sea before letting it go.

Later that year, an Atlantic White Shark Conservancy (AWSC) blog post revealed that the rescue shark was one of three that washed ashore in Cape Cod in 2015. Finally, an AWSC Facebook post on the one-year anniversary of the shark rescue added that the shark was tagged with a tracker during its rescue and was named Jamison.

Jamison now has a Twitter account, although it hasn’t posted any updates since the last time it was detected near Cape Cod in August 2020.

And while there wasn’t a measure of Jamison’s weight at the time of his rescue, he was likely incredibly heavy. Oceana, an ocean advocacy organization, says great white sharks can weigh up to 6,600 pounds.

More from VERIFY: No, hippos are not the deadliest animal in the world

VERIFY
Our journalists work to separate fact from fiction so that you can understand what is true and false online. Please consider subscribing to our daily newsletter, text alerts and our YouTube channel. You can also follow us on Snapchat, Twitter, Instagram or Facebook.