While producing only 1/5 of U.S. electricity, coal powerplants make up more than half of the power grid's CO2 emissions. 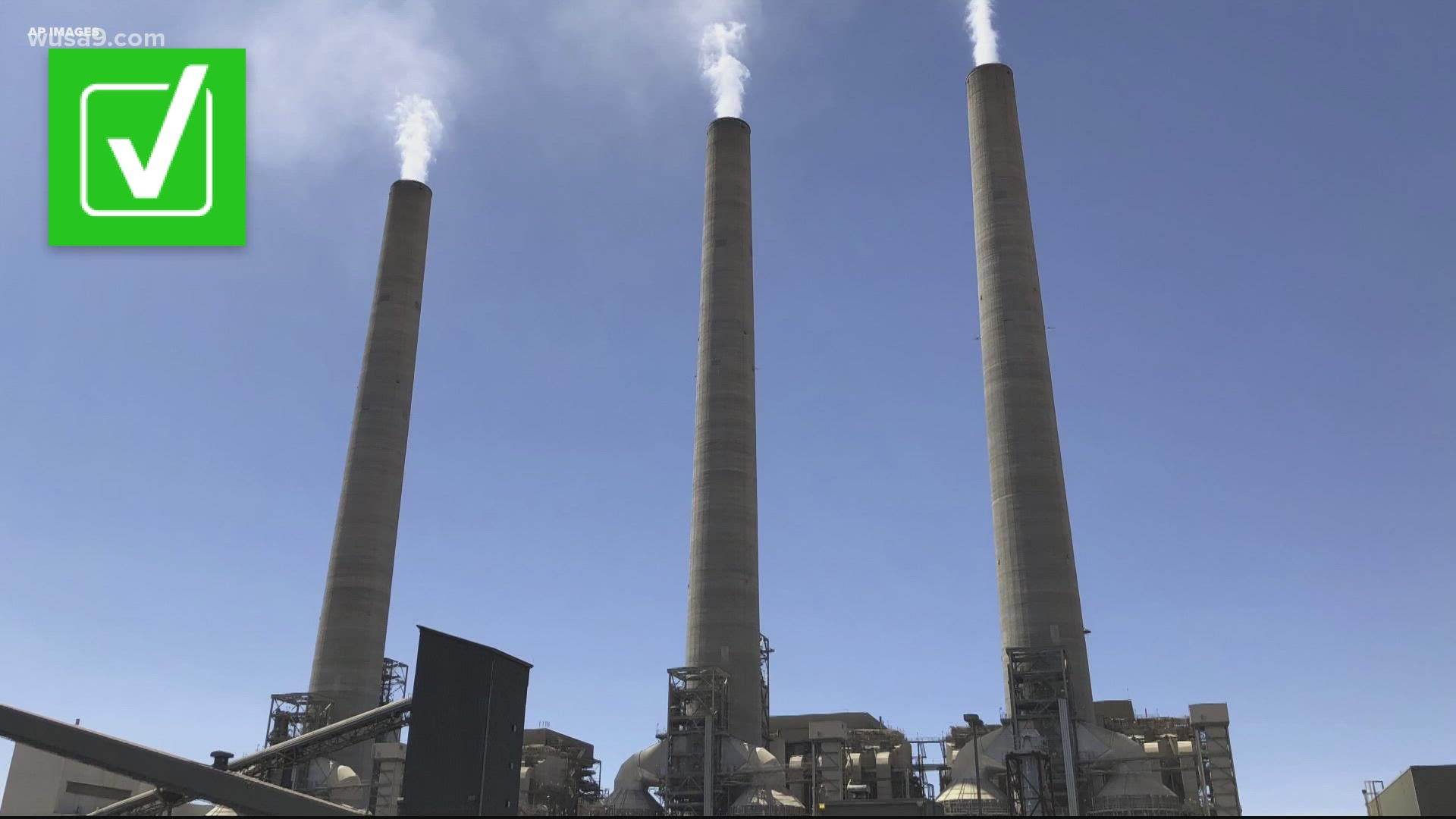 WASHINGTON — The Biden Administration continues to push for clean energy solutions. But, in the meantime, coal and natural gas make up a large portion of the U.S. electrical grid.

We always hear people talking about the emissions of coal, but which of the two has the greater impact on pollution?

Is the amount of pollution generated by the coal industry for electricity more than that produced by natural gas?

“Coal is roughly 20% of the electricity generation in the United States,” Wachsman said. “Nuclear is another 20%, renewables are another 20% and about 40% is natural gas.”

“Carbon Dioxide pollution is really the most pressing of the pollution issues and strategic issues around our power sector,” Mackler said.

When it comes to the CO2 emissions created by U.S. electricity:

“Coal emits about twice as much CO2 per unit of electricity as natural gas,” Mackler said.

Coal creates twice as much CO2 when burned. This is why even though we are burning the lowest amount of coal in years, it still creates about 54% of the electrical grid’s carbon dioxide emissions.

Compare that with natural gas which, remember powers 40% of the grid, makes up about 44% of the emissions.

That is just a measure of CO2 levels produced. CO2 is far and away from the greatest effect on air pollution.

However, there are other greenhouse gases that burning natural gas generates. Both of our experts explained natural gas emits other air pollutants like sulfur and nitrogen as well.