No, 2020 did not see the largest public school enrollment decline in US history

Data shows public school enrollment dropped 3% in 2020. The only larger decline came in 1943 at the height of World War II. 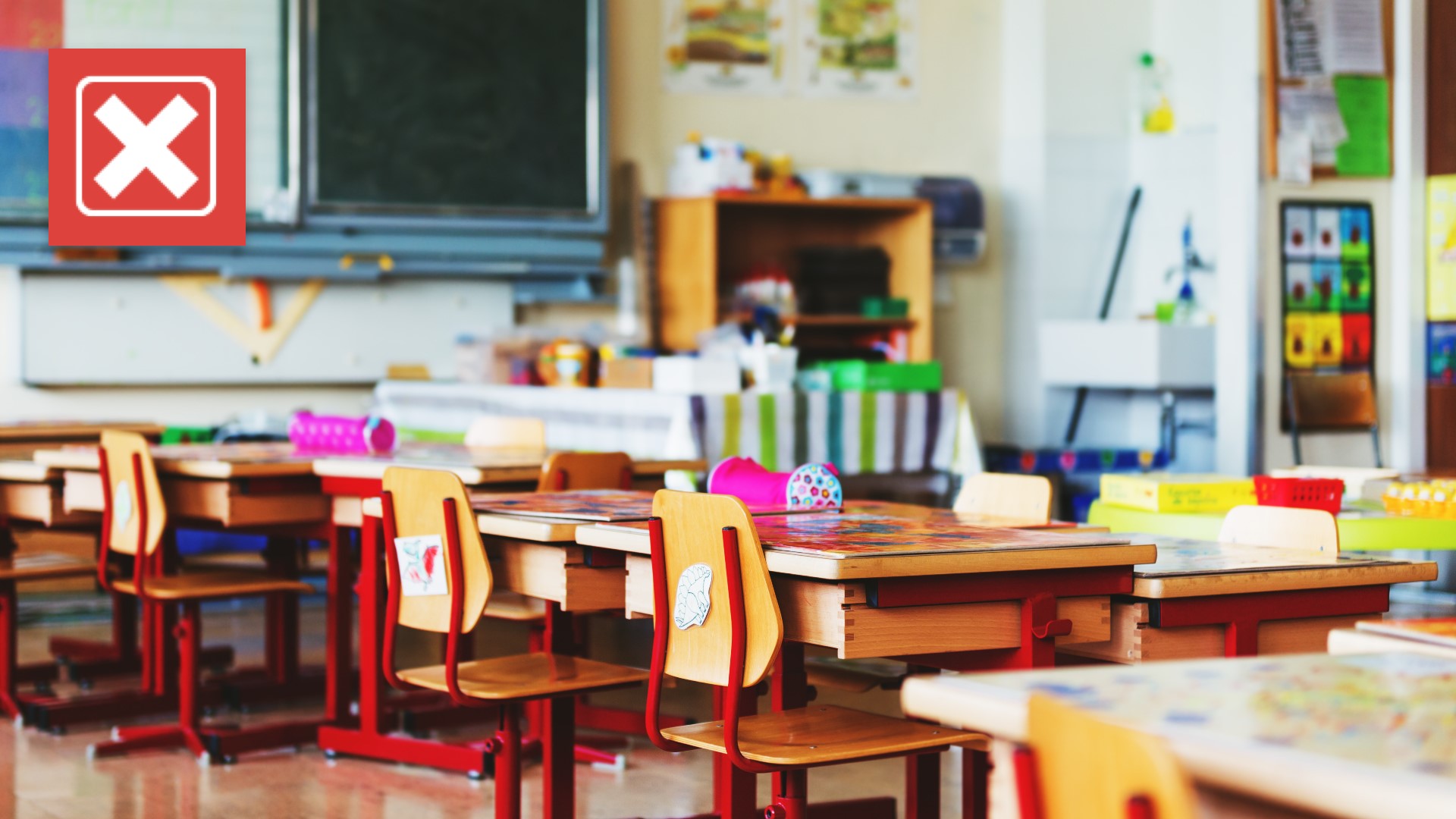 Allison Fried’s basement transformed into a microschool last fall after she unenrolled her daughter from kindergarten at a Fairfax County public school in Virginia.

“I did not want to do virtual learning,” Fried said. “The big concern... was not having socialization in the classroom and not getting the kind of hands-on learning experience that kindergarten is all about.”

No, 2020 did not see the largest public school enrollment decline in U.S. history, but it was the biggest drop since World War II.

The VERIFY team dug through pages of public school enrollment data from the National Center for Education Statistics, then confirmed its analysis with the help of researchers at the Education Trust, a national nonprofit that works to close opportunity gaps in schools.

I dug thru data from @EdNCES. It shows last year’s 3% public school enrollment drop wasn’t a record, but it was close. Only steeper decline came in 1943, at the height of WWII, when enrollment dropped 3.7%. But that was mostly high school students leaving. https://t.co/pFIs237Ofr

Experts say the reasons families left the public school system last year vary. COVID-19 safety concerns were a major factor, as were frustrations with virtual learning. And for some families, it was financial hardship or lack of good internet that drove them out.

In Fairfax County, Virginia, public school enrollment dropped more than 5 percent overall and 18 percent for kindergarten, according to data from the school district.

Surveys by Fairfax County Public Schools show close to half of those unenrolled students started homeschooling, while 23 percent went to private school and 27 percent to a religious school.

This summer, districts are trying to bring those students back. Fairfax County Public Schools released a video of a principal going door-to-door meeting with unenrolled families.

This summer, public school districts are trying to bring those unenrolled students back. Fairfax County Public Schools in Virginia released this video of a principal going door-to-door, talking to unenrolled families.https://t.co/CWltvBwCX7

Leona Smith-Vance is the director of Equity and Family Engagement for FCPS.

“We're listening in ways that we've never listened before, because we have to,” Smith-Vance said. “What I do say for our families that have lost trust, is to give us a chance.”

Experts do expect enrollment to climb this fall, but it will likely vary from grade to grade.

Many predict record enrollment for kindergarten, because some parents “red-shirted” their kids, delaying school rather than turning to other options.

Robin Lake, the director of the Center on Reinventing Public Education, told VERIFY she expects record kindergarten enrollment across the U.S.

“I think it’s going to put a lot of pressure on our school systems to be able to respond to that,” Lake said.

Orange County, Florida, has the ninth largest public school district in the United States. Kindergarten enrollment dropped 12 percent in 2020, but the district is projecting a 17 percent spike and record class this fall. The district’s overall enrollment, which dropped 3 percent, should take longer to bounce back, according to Scott Howat, the OCPS chief communications officer.

“[It will take] probably two to five years,” Howat projected.

But those timelines are up in the air, especially with the surging delta variant and no authorized COVID-19 vaccine for children under 12 years old, though early evidence shows kids are far less likely to get seriously ill from the virus than older populations.

“I think you’ll see [enrollment] vary from community to community,” Steve Barnett said. Barnett is the co-director of the National Institute for Early Education Research.

“There’s a great deal of uncertainty,” Barnett said of the enrollment projections for this fall.

Allison Fried is re-enrolling her daughter in Fairfax County Public Schools, though it was a tough decision after initially trying to keep her microschool alive.

“I’m not opposed to giving [public school] a try,” Fried said. “It is something that I grapple with, honestly, every day.”

Allison Fried started a microschool in her basement last Fall after unenrolling her daughter from FCPS. She’s reenrolling this Fall though. pic.twitter.com/kriHwihMvz

Melanie Pissarius, another Fairfax County parent, has no plans to re-enroll her daughter. She unenrolled last fall and moved to a private school because of frustrations with Fairfax County’s virtual learning.

“I think there would have been so many solutions,” Pissarius said. “You kept elementary school kids confined in their homes.”

Pissarius now plans to enroll her younger kids in private school when they’re old enough, even though it’s placing a huge financial burden on her family.

“I don’t have trust,” she said about the public school district. “I don’t want to rely on empty promises.”

Melanie Pissarius moved her daughter to a private school because of frustrations with FCPS virtual learning. She says she’s not sending her back, and plans to enroll her younger kids in private school moving forward. pic.twitter.com/D4TED4xi43

Most states tie public school funding to the prior year’s enrollment, but this year many states adjusted their formula to lessen the damage. Experts say that may not last.

Stadler is the special assistant for State Funding and Policy at the Education Trust. She says overall enrollment declines could eventually lead to funding cuts and if kindergarten enrollment skyrockets, funding may not keep up.

“Districts may be seeing a big, big funding gap between the numbers that are being funded and the students they actually have to serve,” Stadler said. “And especially in this really perilous moment where students are recovering from a very difficult time for their families and communities, schools need those resources in order to serve students effectively.”

More from VERIFY: Yes, kids should get the COVID-19 vaccine