VERIFY: Fact-checking claims about pallets of bricks in protest spots

People have taken photos and videos of bricks near protest sites across the country, but at least some have been there since before protests began. 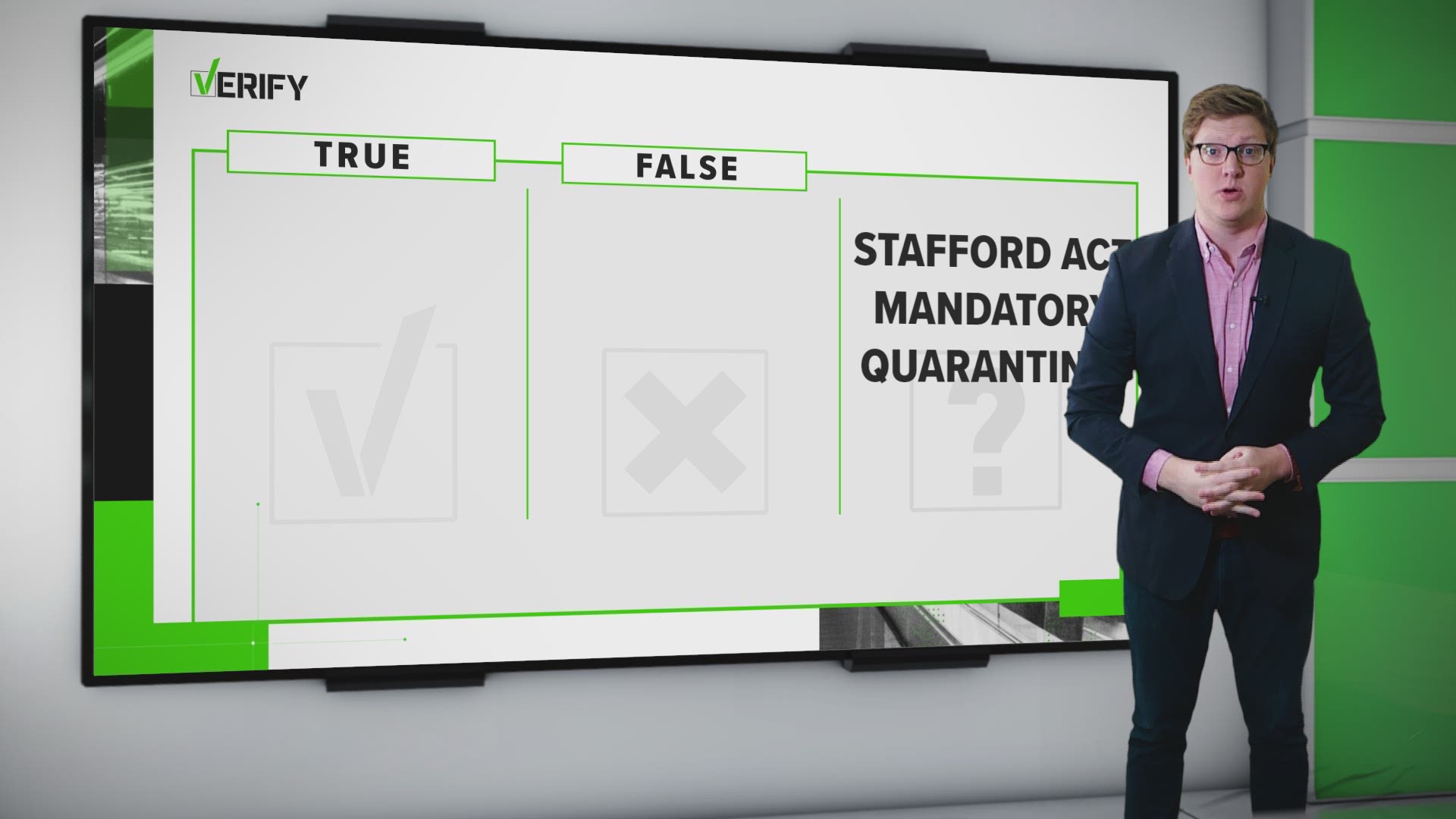 People across the country have taken photos and recorded videos of pallets of bricks laid out along sidewalks and next to streets where protests are taking place or plan to take place. Claims have come from major cities like Dallas and San Francisco and smaller cities like Fayetteville, NC.

Some users believe that the bricks have been laid out by police officers seeking to turn protests violent in order to excuse aggressive crackdowns. Other users assert the bricks are evidence of premeditated looting and are placed by people who plan to use them later during protests.

Either way, many people think the bricks have been placed with malicious intent. While the VERIFY team can’t fact-check the authenticity of every single video and photo of bricks in cities around the country, there are several that the VERIFY team investigated.

*Warning: Some of the videos linked below contain profanity.*

This video shows a bunch of bricks surrounded by traffic cones along a sidewalk in what the person posting it claims to be Fayetteville, NC.

And yes, if you enter Google Maps Street View, you can find that this video was taken somewhere along Hay Street in Fayetteville. You can see the same buildings that were in the background of the video.

This YouTube video of Fayetteville from May 24 has shots of Hay Street. Between about 16:18 and 16:22 of the video, you’ll see on the right side of the screen the traffic cones on the sidewalk and then what appears to be the very same pallet of bricks from the viral video.

The video was published to YouTube on the day before George Floyd was killed, which was May 25. There were no protests taking place at the time.

A synagogue called Chabad of Sherman Oaks claimed that the stones were their security barriers, that they had been there for almost a year and that the synagogue removed the stones from the barriers because of concerns that they could be used in riots. They posted a photo as evidence.

Chabad of Sherman Oaks
To all our concerned neighbors and friends, there were false picture... s and videos going around today, claiming some bricks or rocks were placed at our center. Here is the truth: THESE ARE SECURITY BARRIERS and have been here for almost a year!

A YouTube video from May 13, well before George Floyd’s death and the subsequent protests, shows the synagogue with the barriers filled with rocks out front.

A news photographer in Boston went to the intersection the Northeastern University PD said the bricks came from. She took photographs of a spot in the sidewalk where it appeared bricks were removed. There are also other bricks in the photographs that appear to be loose but remain in the sidewalk.

Another viral photo of bricks was one from Dallas with a supermarket called Tom Thumb in the background.

A Google Maps Street View photograph from February 2020 shows the bricks laying in an empty lot in one direction and the exact same Tom Thumb in the other direction. So the bricks have been sitting there for months before protests were ever taking place.

In fact, if you use Google Maps’ timeline feature, you’ll see the bricks have been sitting in that spot since at least December of 2019.

RELATED: VERIFY: Fact-checking photos and claims from the nationwide protests

RELATED: VERIFY: Some rubber bullets have metal inside, are classified 'less lethal'