The VERIFY team recapped whether some of the most viral images during the United States’ final weeks in Afghanistan are real. 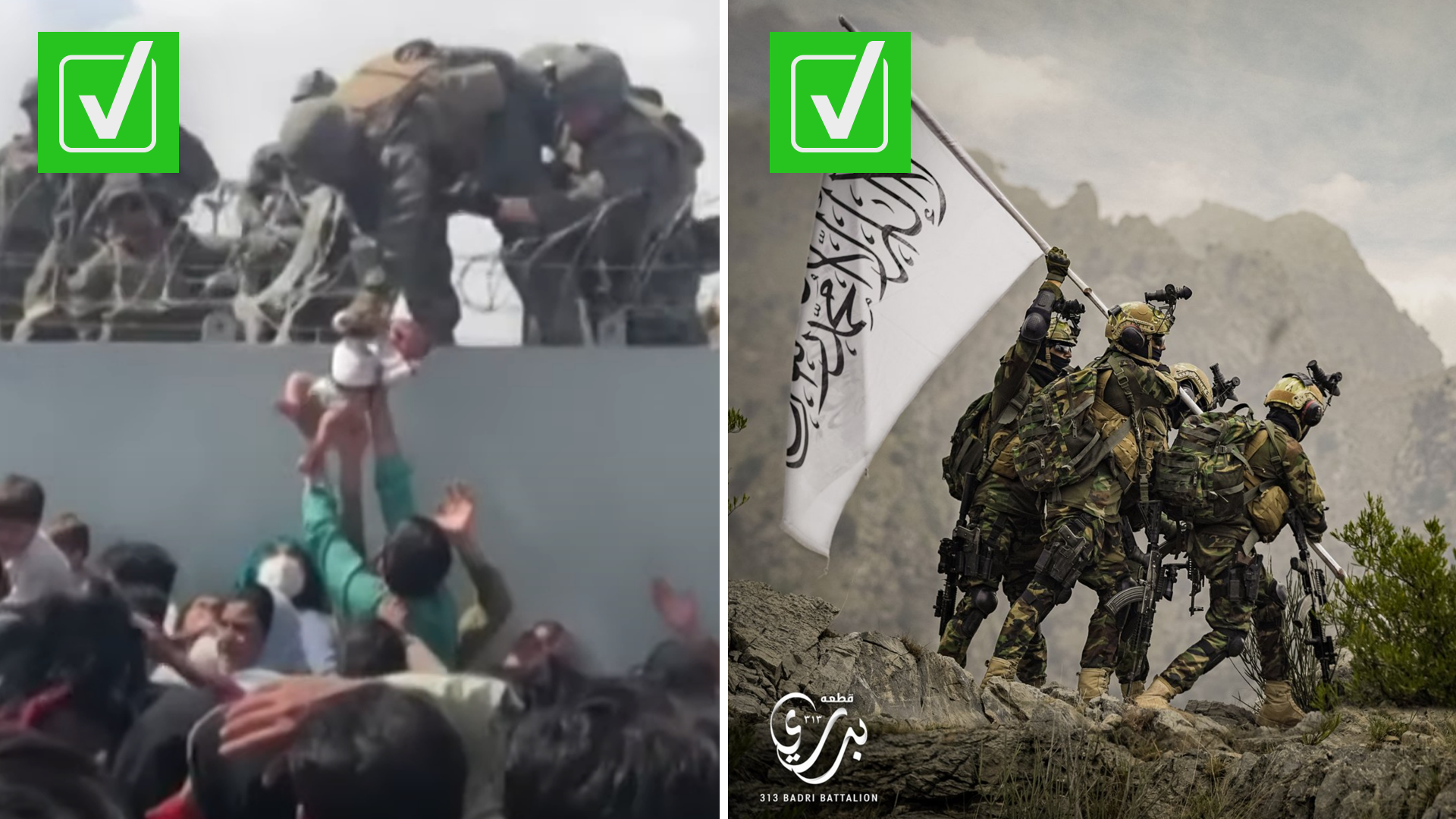 After nearly 20 years in Afghanistan, the U.S. fully withdrew troops from the country on Aug. 31. The withdrawal came two weeks after the Afghan government collapsed and the Taliban took over control.

During the chaotic and dangerous final weeks, which included the death of 13 U.S. service members from an attack attributed to an ISIS-affiliated terrorist group called ISIS-K, the Biden administration stepped up efforts to evacuate Americans and allies from Afghanistan. More than 120,000 people, including 5,500 Americans, were evacuated between the end of July and Aug. 31, according to the White House.

During that period of evacuation, many images purportedly from Afghanistan were shared widely on social media. The VERIFY team did multiple stories fact-checking some of those images and videos.

In this week’s “VERIFY Weekly” feature, the VERIFY team recapped fact-checks of some of the most viral images. You can watch the full video on our YouTube page here.

Is this photo of a man handing a baby to a military official in Afghanistan real?

Yes, the image is real. The moment was captured by Omar Haidari, a Reuters photographer.

Omar Haidari, with Reuters, captured the moment on Aug. 19 and posted a video of the baby being handed over a wall at the Hamid Karzai International Airport in Kabul, Afghanistan.

The chaos & fear of people is a testament to the international community’s role in AFG’s downfall & their subsequent abandonment of Afghan people. The future for AFG has bn decided for its people without its people’s vote & now they live at the mercy of a terrorist group. #Kabul pic.twitter.com/k4bevc2eHE

Reuters Pictures posted a photo of the handover on their Twitter account the same day. Using reverse image search, VERIFY confirmed Haidari as the source, and his photo via Reuters was the earliest instance this specific photo was posted online.

There’s more to the story than what the image shows, according to Pentagon press secretary John Kirby. At an Aug. 20 press briefing, Kirby said the baby received medical care and then was returned to its family.

“The parents asked the Marines to look after the baby because the baby was ill,” Kirby said. “And so the Marine you see, reaching it over the wall, took it to a Norwegian hospital that's at the airport. They treated the child and returned the child to the child's father.”

VERIFY viewer Tammy asked: Is this photo showing members of the Taliban posing like the American soldiers on Iwo Jima real?

The Taliban is wearing our gear, mocking Iwo Jima.

Biden must resign or be impeached and removed.

The tweet from conservative commentator John Cardillo was viewed thousands of times (an archive can be found here).

Yes, the photo is real, although we can’t VERIFY whether the Taliban’s intent was to recreate the iconic image from Iwo Jima.

The photo was posted on July 27 by Hemat Mohammad (archived here and here), whose Twitter biography says he is a “journalist director & editor” with the Taliban. The photo is from the Taliban’s Badri 313 Battalion.

According to Samaa TV, a channel out of Pakistan, the group released propaganda clips showing the new brigade graduating “clad in modern helmets, sunglasses and body armor.” The brigade will be responsible for providing security across Kabul.

People on social media pointed out that the photo looked similar to the iconic World War II photo of American soldiers during a battle on the Japanese island of Iwo Jima. The image was later turned into a famous monument in the Washington, D.C. area.

We can’t VERIFY whether the Taliban attempted to recreate the famous photo, but we can VERIFY the photo is real.

VERIFY conducted a reverse image search of the photo and found the photo posted online in 2015, used in coverage of a “Bomb Blast at Kabul Airport” from the International Business Times (IBT).

From the IBT, VERIFY could trace the photo to Afghanistan news station 1TV, which was covering the 2015 blast in Kabul.

The Taliban reportedly took credit for the 2015 bombing. At least five people were killed.