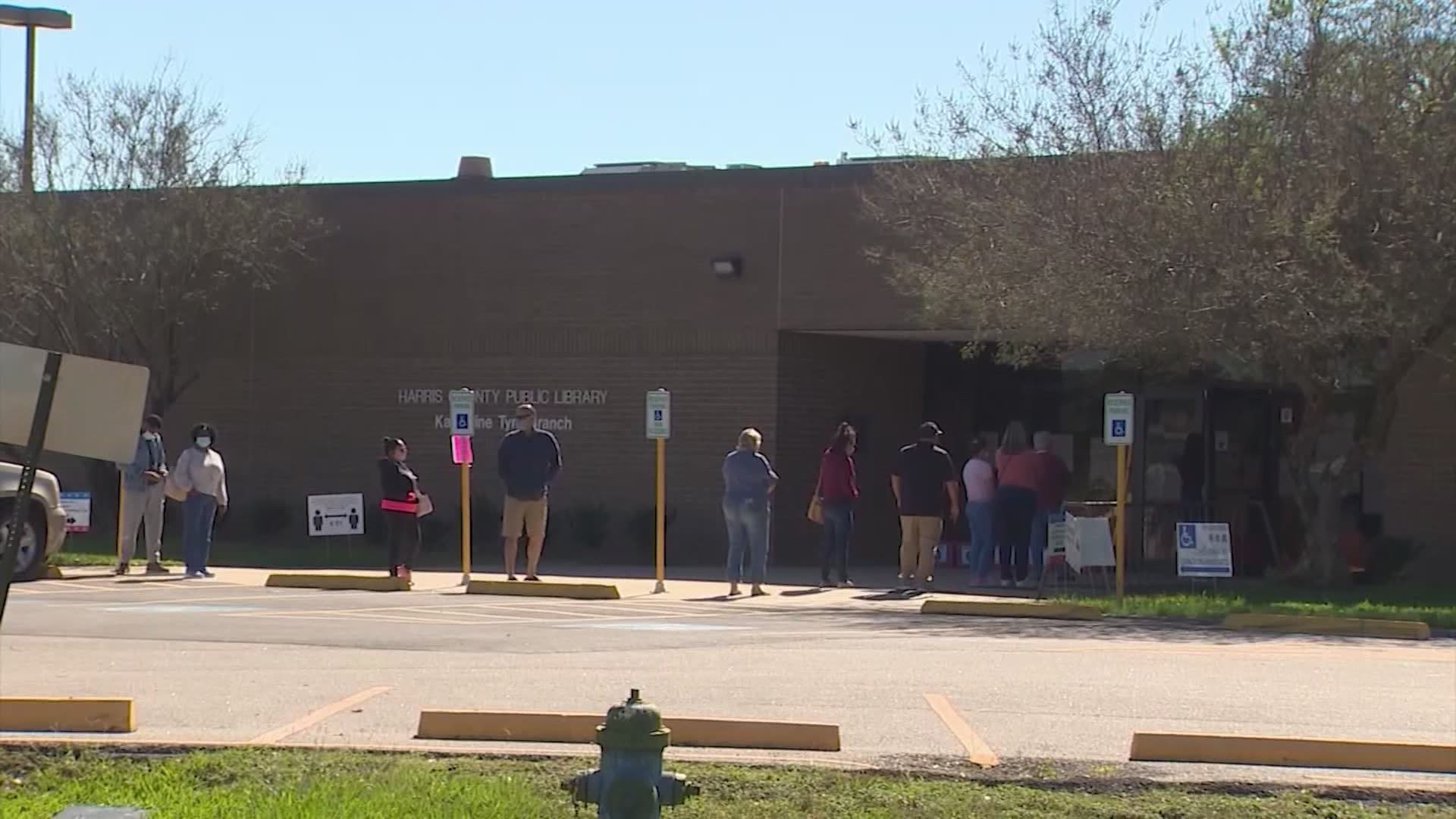 WASHINGTON — More than 50 Texas Democrats are entering their second week in Washington, D.C. and even with five members testing positive for COVID-19, they said they're still getting work done.

RELATED: 'We're fighting with everything we got': Texas House Democrats paralyze special session after walkout

This Monday, they met, albeit virtually due to COVID concerns, with voting advocates across the country. They're hoping Congress gets moving on federal voting bills that they hope will block state bills in Texas.

Logging on from their hotel rooms, the Texas Democrats jumped on a virtual roundtable with various activist and labor groups, including SEIU Texas and Mi Familia Vota.

They were joined by American labor leader and Civil Rights activist Dolores Huerta, who praised their actions.

“I just want to tell you, you have captured the soul of the country with what you are doing right now,” Huerta said. “We have such a great story to tell people. But sometimes we have to do it in their homes to make them understand how important it is that they make the commitment that they’re going to get up and help keep Democracy alive.”

The conversation was one of several planned this week. The Democrats said they'll also be talking to members of Congress this week, hoping to convince them to move on federal voting legislation.

One bill on the table is the John Lewis Voting Rights Advancement Act. It would restore a provision of the 1965 Voting Rights Act that was gutted by the Supreme Court in 2013. The provision required certain jurisdictions with a history of racial discrimination in voting to get approval, known as pre-clearance, from the Justice Department before making changes to their voting rules.

With obstacles ahead of them, the Democrats said some lawmakers are getting creative. Rep. Shawn Thierry said she's excited about a possible new voting rights measure that could be added to a multi-trillion dollar infrastructure bill introduced by Sen. Amy Klobuchar. The measure could usher in minimum voting standards in the United States, such as automatic and same-day voter registration, early voting and no-excuse absentee voting.

“It’s not the John Lewis Act. It’s not the For The People Act, but at this point, we are willing to work with what we can get. We need something to protect Texans,” Thierry said.

Thierry said her 8-year-old daughter is waiting for her at home but she said she's holding firm on her commitment and wants to be in Washington until the special session ends on Aug. 7.

In the meantime, the Democrats said they will continue to meet with any lawmaker who wants to talk.

“We are on borrowed time. This act of a quorum break is significant, but what it is doing is buying time for Congress to act. But we need it now,” Rep. Ann Johnson (District 134, Houston) said. “Whatever their process, whatever their movement, whatever hurdles they can push out of the way. We need Congress to act now. We are grateful for the legislation that’s been pushed out of the House. But it is time for the House and the Senate to find the agreement that they can get to that truly restores the 1965 Voting Rights Act.”

They've spent seven days in D.C. and there are three more weeks until the special session ends in Austin. Gov. Greg Abbott said he will continue calling special sessions for as long as he has to do so. Republicans in Texas said the bills in question protect voting and make it harder to cheat.

Texas Democrats said the trip will cost them about $1.5 million but they're confident they can raise that money mostly through fundraising.